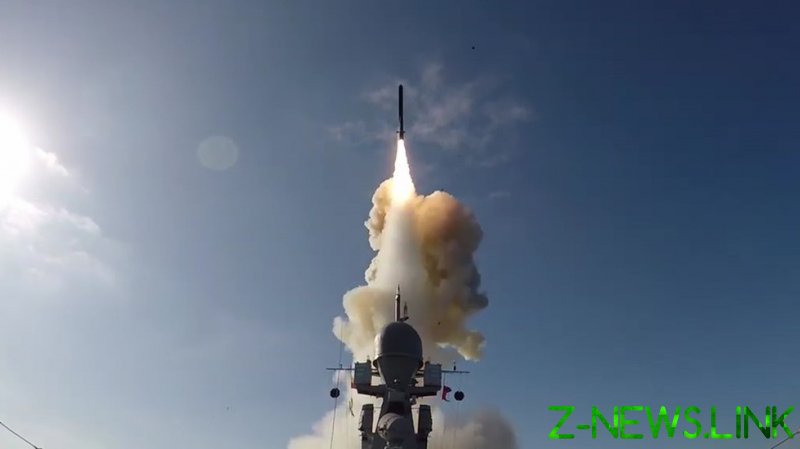 A large batch of weapons and ammunition shipped to Kiev by Western countries was destroyed in southeastern Ukraine on Wednesday, Russia’s Defense Ministry has said.

A military warehouse set up on the territory of the Zaporozhye industrial aluminum plant was struck by Kalibr missiles, fired from Russian Navy vessels in the Black Sea.

The facility hosted “a large batch of foreign weapons and ammunition, supplied by the US and European countries to the Ukrainian army,” the ministry said.

On Monday, Moscow announced the destruction of six railway hubs in western Ukraine, saying they were used to deliver “foreign weapons and military hardware to the Ukrainian forces.” 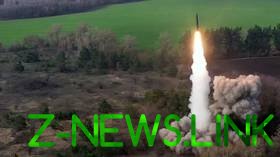 Russia has repeatedly warned the US and its allies in the UK and EU against sending lethal aid to Ukraine, saying it only destabilizes the situation and hampers the prospects of peace.

“These weapons will be a legitimate target for the Russian Armed Forces,” Russia’s Foreign Minister Sergey Lavrov reiterated on Tuesday. “Warehouses, including in the west of Ukraine, have become such a target more than once. How else could it be? NATO is essentially going to war with Russia through a proxy and arming that proxy. War means war.”

But NATO members, who have already armed Kiev with anti-tank and anti-aircraft missile systems, armored vehicles, howitzers, and other weapons, are showing no sign of backing down.

On Monday, the US said it staged a 40-country meeting at its Ramstein airbase in Germany to discuss how to assist Kiev further in its conflict with Moscow. During the event, US Defense Secretary Lloyd Austin said Washington would “keep moving heaven and earth so that we can meet” the military needs of the Ukrainian government, while urging other countries to also contribute to the cause. 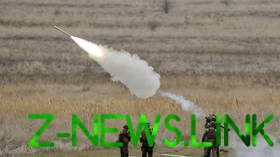 A day before that, Austin and Secretary of State Antony Blinken traveled to Kiev to personally assure Ukrainian President Volodymyr Zelensky of Western support.

Russia attacked its neighbor in late February, after Ukraine’s refusal to implement the terms of the Minsk agreements, first signed in 2014, and Moscow’s eventual recognition of the Donbass republics of Donetsk and Lugansk. The German- and French-brokered protocols were designed to give the breakaway regions special status within the Ukrainian state.