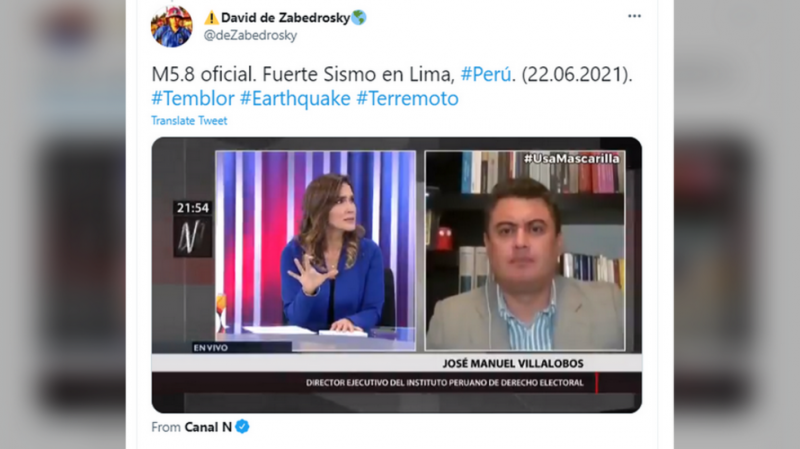 According to the Geophysical Institute of Peru, the epicenter was located 33km southwest of the town of Mala in Lima Region. Strong tremors were felt in the capital as well.

The sudden tremors interrupted several live interviews on TV, with newscasters instructing everyone to remain calm.

People fled their homes in fear, some only wearing bath towels.

A photo posted on social media shows broken wine bottles lying on the floor of a convenience store, while a video circulating on Twitter shows a damaged ceiling.

There were no reports of casualties. The Gestion newspaper reported that at least one residential building in Lima was damaged.

Mala Mayor Sonia Ramos told the media that several houses were damaged and people were hurt falling while fleeing their homes.