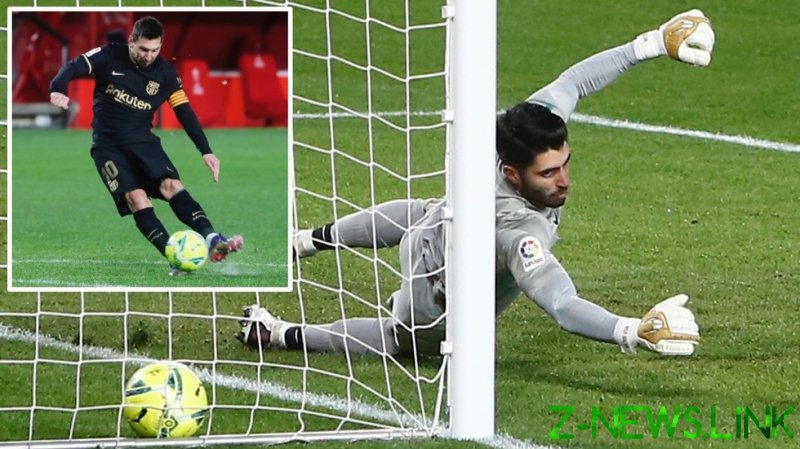 The record was spotted and shared online by football stats specialists Opta, who hailed Messi’s achievement as “extraterrestrial.”

Barcelona ran out comfortable winners at the Los Carmenes stadium thanks to Messi’s double and a brace from fellow forward Antoine Griezmann.

The result lifted Ronald Koeman’s team to third in the table, two points behind Real Madrid in second place and four points adrift of leaders Atletico Madrid, who have three games in hand on the Catalans.

In addition, he holds the record for the longest goalscoring run in a domestic league, thanks to his incredible 21-game streak that saw him score 33 times in 2012-13, while he is also the only player to score more than 40 goals in 10 consecutive seasons.

However, Messi’s newest record may not be one he’s able to improve on before he retires, with the Argentine superstar set to depart the Camp Nou in the summer. Manchester City, Paris Saint-Germain and a switch to Inter Miami in the MLS lead the list of potential suitors.

But all the while he’s still in a Barca shirt, the Catalan side will continue to benefit from his stellar goalscoring ability, which is showing no sign of slowing down.