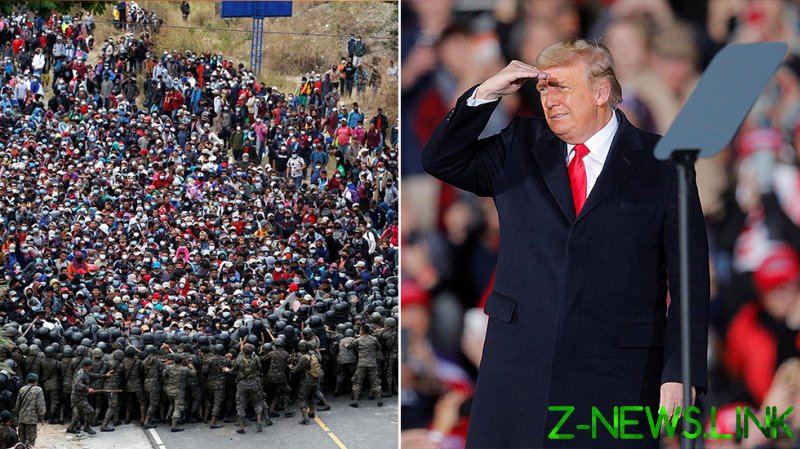 Donald Trump in 2016 not only was the biggest Republican presidential candidate in recent history to have such strong opposition to illegal immigration, but likely the biggest in the last two decades. His railing against it was often used as the centerpiece of false accusations of racism against him. In fact, it was likely the main thing that he ran on, in retrospect. “Build The Wall” was just as much of a memorable slogan at the time as “Make America Great Again.” However, it is Donald Trump’s ego and apathy in regards to the Georgia state election that will likely cause the one thing he feared most: amnesty.

Amnesty for massive amounts of illegal immigrants is something that’s been pushed ever since the Obama years. It was a major point that many Republicans held against Obama because it showed such a massive disregard for the law and for our own borders. It hadn’t been spoken about in these last few years because of Trump’s strong anti-illegal immigration stance. Well, the Democrats never forgot about it because it gives them a massive influx of people that will vote for them. At this point, there is no way to stop it, aside from maybe Joe Manchin (D-WV) voting against it alongside the Republicans. Reason being is that there is a 50/50 split in the Senate.

Why that split exists goes back to what happened in Georgia. You had Donald Trump only doing one appearance in the state since the presidential election. You had people who were massive Trump supporters telling people not to vote in Georgia. Meanwhile, apparently they all forgot about how federalism works. Because Republicans stayed home, Georgia flipped blue. At this point, Americans are now looking at zero opposition to progressive ideas coming through the Senate, whereas over the last two years they wouldn’t be entertained by Mitch McConnell.

The blame for this lies at the feet of Donald Trump. Even if his legal team wasn’t absolutely failing all over the country, there would be no excuse for him staying home and not helping the rest of the party in Georgia. It seems that Trump never got comfortable with the idea that the party is bigger than him, and the country is bigger than him. If he had, he would have been all over Georgia making sure that whoever came after him could do as little damage as possible. This was generally Trump’s problem from the beginning, and now it has damned Americans to an incoming administration that is about as economically literate as a kitten with brain damage.

It is mind-numbingly silly to see this sort of situation happen. It comes across as Trump acting like he can survive this sort of madness, but he’s completely forgotten the blue collar working class who got him elected. All of the progressive economic policies that will now be pushed through because of his inaction will hurt his base the most. He doesn’t seem to care that much. But that will be the legacy of MAGA. A hollow catch phrase, a red hat, and the words President Joe Biden.