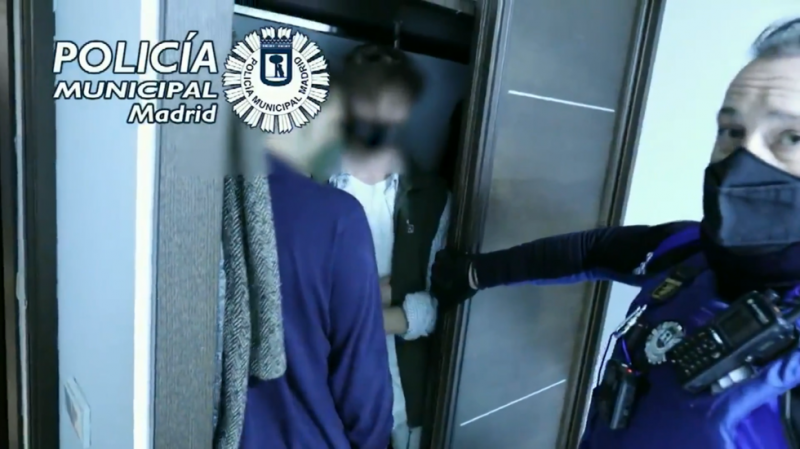 The video, released by the Madrid Municipal Police and obtained by RT’s Ruptly video agency, begins with the officers going up the stairs in one of the central residential buildings. The five-man patrol arrived on-site after receiving complaints from neighbors about noise.

When the owners of the apartment answered the door, they insisted they were alone. But it didn’t take long for police to spot signs of a party, including several chairs arranged around a table, fast-food wrappings and unfinished glasses with booze and soft drinks.

The video then showed how teens literally attempted to play hide-and-seek with the officers – with the latter turning out to be much better at the game. Police found several teens hiding under mattresses, behind a bed and inside a wardrobe.

It’s quite clear what the youngsters were trying to dodge: fines for breaking coronavirus rules start from 600 euro in Spain.

Madrid has been one of the worst coronavirus-hit areas in the country during the pandemic, with more than 573,000 confirmed cases and over 13,500 deaths so far.

In order to contain the spread of the disease, the authorities in the capital introduced a night-time curfew and banned different households from meeting indoors in private homes.

But the strict rules haven’t stopped the people from trying to have some fun. Since late October, the Madrid police have cracked down on more than 5,600 parties and gatherings, organized in premises, homes and bars in violation of the restrictions.