Madrid is ready to use force to suppress protests in Catalonia 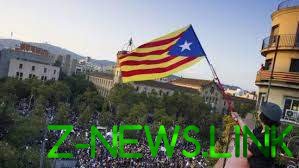 The government can go for it for “the recovery act”.

The government will use the Catalan police to quell protests in the region the Central government of Spain is prepared to use force to restore order in Catalonia. About it the press-Secretary of the Spanish government and the education Minister Inigo Mendez de Vigo said in an interview with The Times.

See also:  Belgium sent a warrant for the arrest of the former chief of Catalonia

See also:  Ukraine is ready to supply electricity to Belarus