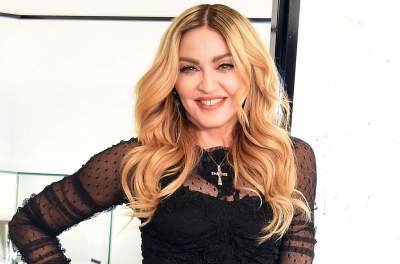 The singer gathered the heirs to the party on the occasion of his 59 years.

Madonna decided to celebrate her next, 59th, birthday party in the Italian town of Lecce in Salento. On the occasion, the singer gathered all relatives and friends.

Photos from the festival, the singer posted on his Instagram. So, on one photo the Madonna is depicted with all their children. It’s their first joint photo in social networks.

In the photo next to her mother — 20-year-old Lourdes, 17-year-old Rocco, 11-year-old David and mercy, as well as 4-year-old twins Stella and Esther. All the girls of the family dressed in the same colours in dresses with floral adopted. Of the same fabric sewn hem dress Lourdes.

In February 2017 Madonna adopted two black girls-orphans. Real mom Stella and Esther died soon after their birth, and the father of the twins could not care about them. The singer nearly a month lived in Malawi, waiting for a positive decision of the Supreme court of this country.

Now Lourdes is a student at the University of Michigan Department of performing arts. Rocco last year landed in a scandal: he lived in London with his father and fell in with bad company. Police arrested Rocco with drugs, the guy spent several days in jail until he was released on bail. Urgently Madonna took her son back to the U.S. 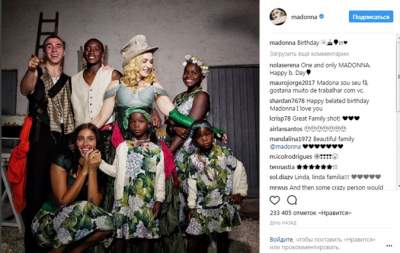 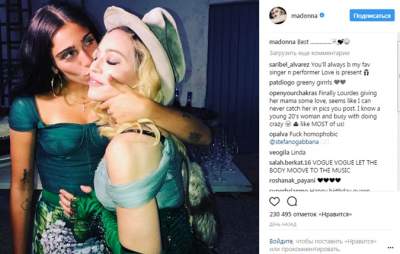 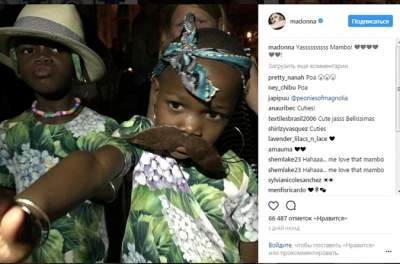