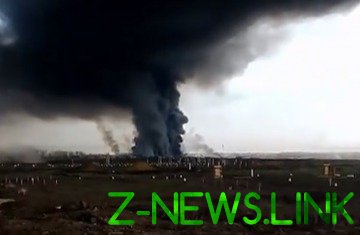 It was different than in the series.

As a survivor of Chernobyl, well I can understand the emotions of people who find themselves the victims of the accident under the Severodvinsk. Remember how the misunderstanding gave way to disbelief, disbelief – helplessness. As the rumors multiplied, acquiring the fantastic details. As any accident seemed to be a sentence: then I just caught the measles, in adults it runs hard, determined not immediately, but coming the doctors are at a loss: what do you want, mountains of corpses in hospitals! Radiation!

It was different than in the series. It was disgusting. It’s disgusting to see that they see you as a person. It’s disgusting to realize that you’re ruled by idiots. You know nothing – and we are talking about your health, about your future, about your family, about your life. It is the disgust, disgust to nausea. And understanding that a regime that treats its citizens – not for ideological reasons, but simply for the sake of your ridiculous person simply has no right to exist. It needs to disappear, I want this “Soviet people” or not. Needs – because what is dead cannot live.

Here and under the Severodvinsk is now the same. Any imputed power to be honest with the public about the consequences of accidents and catastrophes – in fact, authority and need for this people and create a state. But not Putin’s power, not these walking dead. Those from Chernobyl another, their conclusion – it was impossible to relax and there is something to tell, it was necessary carefully to scramble, not to allow enemies and their agents to compromise power. So they do not allow. What about the people in the infected region, they are quite interesting. People – what? The application to the government. These will, those reward, these plant, the construct cancer center, and let sick.

The main thing – not the people, the main thing – Putin. So he did not upset, kept a good mood, and the Russians were happy for him and with him. And wonder need not what the background radiation in Severodvinsk and the next, and what kind of background radiation in the Kremlin or in Krasnaya Polyana. If everything is good then all is well in Russia, to paraphrase an aphorism of one of the infamous courtier.

The officials Gorbachev’s era, people from the party nomenclature, life differed from the lives of their subjects only by the level of misery – at least, on the very day demonstration went out all together. So they could still think that people need to share information that they should to protect, evacuate, what to take not only their children. But Putin and his entourage so far away from people, run over them contentedly scoff, even about such to think. Some accident, some sacrifice, some kind of radiation. And in the hole that no one in Moscow does not remember and does not know.

Let it trump writes tweets about Severodvinsk and claims to be well informed. Putin is also well informed. He just is not very interesting all this information. It is interesting to go to Sevastopol, to get down on a knee before a girl-a dancer and tell her “Mademoiselle”, though everyone raves about and admire. And the radiation can wait.