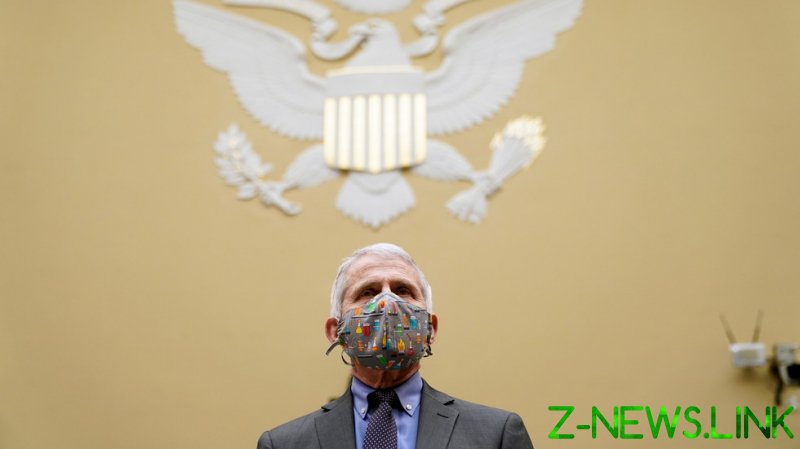 Calling the gain-of-function research “very hazardous” and “unethical,” DeSantis said Monday the US has to “shut that down,” adding, “You can’t have mad scientists running around playing God like this.”

Members of Congress from both parties took a similar stand last week, demanding that Fauci explain why he has commissioned such testing and provide more details on NIAID-funded research using dogs. The lawmakers noted a line item in an invoice sent to the agency for “cordectomy,” a procedure in which the dogs’ vocal cords were slit to prevent them from barking or crying out in pain during the experiments.

“This is a reprehensible misuse of taxpayer funds,” the representatives said in a letter to Fauci.

The beagle research first came to light in August, when a watchdog group obtained government documents on the program. The group alleged such details as researchers drugging puppies and locking their heads in mesh cages so hungry sand flies could infect them with disease-causing parasites by devouring their faces.

“I cannot believe American tax dollars would go to treat those dogs the way those dogs are treated, and you know, I really think Fauci needs to be held accountable,” DeSantis said. “These people, these bureaucrats, they don’t get to just run wild and do whatever the hell they want to with our tax dollars.”

Fauci, who ranks as the highest-paid employee in the federal government, oversees an NIAID budget that has risen to $6 billion annually. He repeatedly denied in congressional testimony that US-backed research in Wuhan involved gain-of-function. Last week, the NIH acknowledged otherwise, though it tried hard to maintain the distinction on a technicality.

Senator Rand Paul (R-Kentucky) has called for Fauci to be criminally investigated for lying to Congress. But even after the NIH’s admission, Fauci remained unrepentant, saying in an ABC News interview on Sunday that he hadn’t misled lawmakers and that it was “molecularly impossible” for the Covid-19 outbreak to have originated from that particular research that NIAID sponsored in Wuhan.

Meanwhile, Paul told Axios on HBO that Fauci should be fired “just for lack of judgment if nothing else.”

“He’s probably never going to admit that he lied. He’s going to continue to dissemble and try to work around the truth and massage the truth,” the senator added.

On Monday, DeSantis suggested that the firings shouldn’t end with Fauci. “From funding gain-of-function research to treating these puppies with really unimaginable cruelty, I think that [the] whole lot of them needs to be cleaned out,” he said. “We need to be standing up for the American taxpayer and doing things ethically and not doing things like gain-of-function research – and certainly not abusing puppies.”