Home / WORLD / Macron’s clampdown on radical Islam is backed by most French, but should’ve been done in more conciliatory way – Austria’s ex-FM

Macron’s clampdown on radical Islam is backed by most French, but should’ve been done in more conciliatory way – Austria’s ex-FM 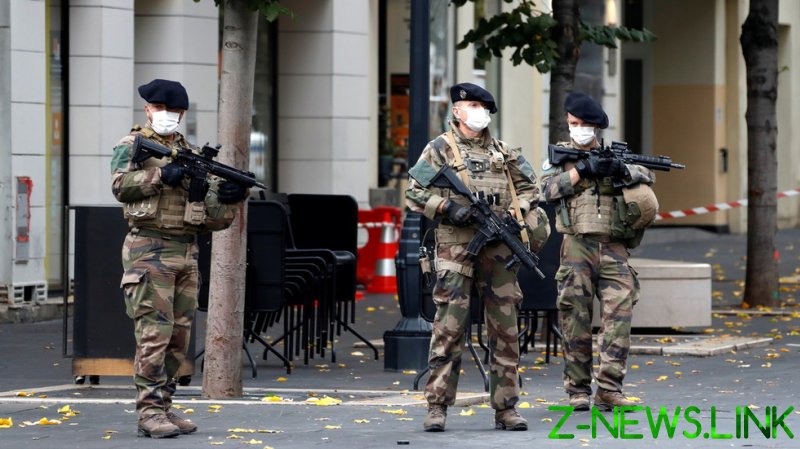 Following the beheading of schoolteacher, Samuel Paty, by a radicalized Chechen refugee earlier this month, Macron vowed to defended French values and take a firm stand against Islamist extremism, announcing the closure of several mosques on accusations of promoting fringe ideology.

“The president had many, many people behind him when he was very harsh on the execution of the teacher,” Kneissl, who was Austria’s foreign minister between 2017 and 2109, pointed out. “This topic dominated everything” and even removed the looming Covid-19 lockdown in France from the headlines.

“You have a certain percentage, who are radical,” but the majority of Muslims just want to be French citizens and live their lives, she said.

“What France needs right now is much more a social cohesion, a sort of reconciliation… but here I observe that things have been going in a more polarizing way,” Kneissl said of Macron’s steps to counter extremism.

Paty’s gruesome murder was allegedly provoked by the teacher showing caricatures of the Prophet Mohammed to his students during a lesson on freedom of speech. The cartoons, which are blasphemous to Muslims, were back in the spotlight recently after they were republished by French satirical magazine Charlie Hebdo. The controversial act was dedicated to the beginning of the trial on the accomplices of Islamist gunmen, who attacked the magazine’s office in 2015 over the same caricatures, killing 12 people.

When asked if it was better for Charlie Hebdo to tone it down and refrain from provocations in this tense moment, the former FM responded that this advice could be “right in such a situation.” She said she admired the French Republican values and their dedication to freedom of speech, but it was more important “to bridge the rifts in this fragmented society” at the moment.

The Prophet Mohammed cartoons first appeared in a Danish magazine in 2006 and faced a strong backlash in the Muslim world. However, Denmark never saw such an outbreak of violence that’s now being experienced by France.

Kneissl believes that the reason for this is that “France is a much more interesting target than Denmark was 15 years ago. France is still an old European power that is present militarily in a number of Muslim and Arab countries.”

On Thursday, a knife-wielding man attacked a church in the French resort city of Nice, beheading two people and fatally wounding another. Several hours later another assailant tried stabbing police officers in the city of Avignon, but was gunned down.

Earlier this week, the French interior minister warned that the terrorist threat in the country was “very high” due to rising tensions caused by the killing of Paty.