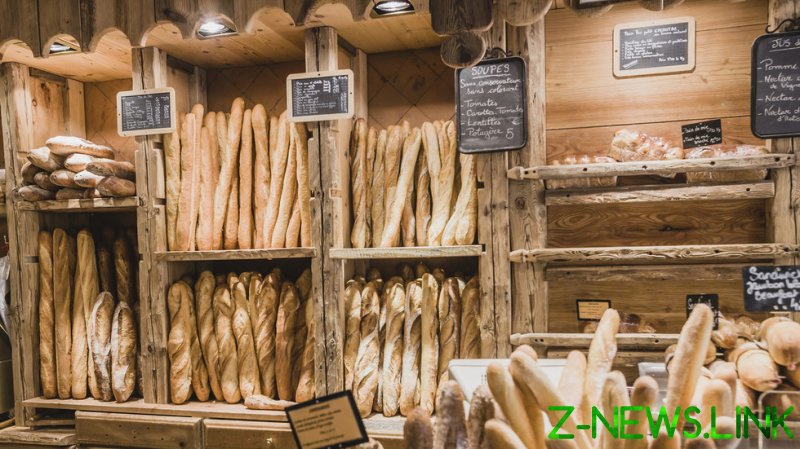 French President Emmanuel Macron reiterated his promise to issue struggling families with food vouchers amid sharp rises in fuel and raw materials costs, caused, as he claimed, by the ongoing Russian military offensive in Ukraine.

In an interview with France Bleu radio on Tuesday, Macron said the world is facing “a global food crisis.”

Emphasizing that France has advised fellow European countries to come up with a “concerted response” to this issue, the president, who is facing the election on April 10, said his government has already taken a number of measures, including energy caps and fuel discounts, to support the country’s residents.

Stressing that Ukraine and Russia “are true barns for the international food supply,” Macron said: “I want to introduce food vouchers to help the most modest households and the middle classes to face these additional costs.” He added that he would also want his compatriots “to buy locally” and to buy French products.

Macron has mulled the idea of food vouchers since December 2020, now making it one of his campaign promises.

However, the details of a food support program are yet to be revealed. It is not yet known what amount the vouchers would be for, which products they would cover, how exactly they would be distributed and who would be eligible for them.

Russia and Ukraine are among the world’s biggest crop suppliers. According to the United Nations Conference on Trade and Development (UNCTAD), the two countries represent 53% of global trade in sunflower oil and seeds and 27% in wheat.

The European Central Bank had earlier said that food inflation “is expected to remain high throughout 2022” due to high commodity prices and “extraordinary increases” in gas and electricity prices.

The European Commission is currently working on measures which could increase the EU’s food security.

However, as UNCTAD warns, all countries will inevitably be impacted by the conflict-generated crisis. Increases in food and fuel prices “will affect the most vulnerable in developing countries, putting pressure on the poorest households which spend the highest share of their income on food, resulting in hardship and hunger,” the organization warned.

Moscow attacked Ukraine in late February, following a seven-year standoff over Kiev’s failure to implement the terms of the Minsk agreements, and Russia’s eventual recognition of the Donbass republics with capitals in Donetsk and Lugansk. The German- and French-brokered protocols had been designed to regularize the status of those regions within the Ukrainian state.