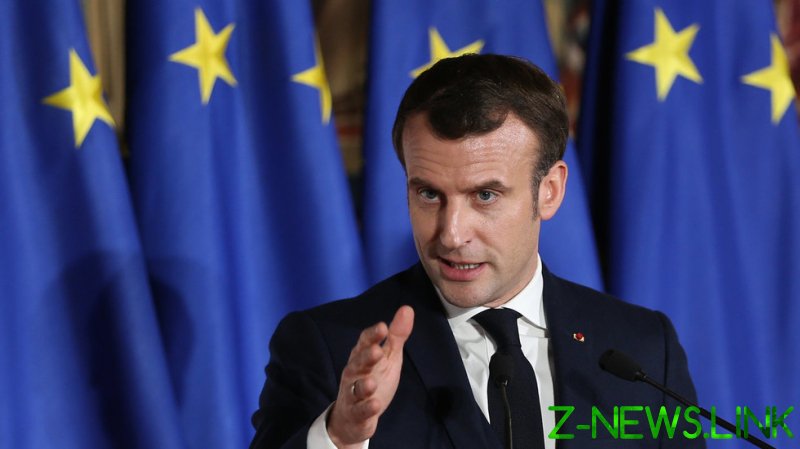 Michel-Ange Flori, a billboard owner from the southern French region of Var, reported that he was shocked by the charges, which he describes as a breach of his right to freedom of expression.

On Wednesday evening, Flori tweeted: “I have just learned that I will be heard at the Toulon police station tomorrow upon a complaint from the president of the republic.”

He highlighted the irony of the charges, making reference to France’s controversial history of liberalism and freedom of expression: “So in ‘Macronia’ we can make fun of the prophet’s ass – it’s satire – but to make the president look like a dictator it’s blasphemy.” Flori’s remarks reference the French satirical magazine Charlie Hebdo’s controversial depiction of the prophet Mohammed.

One of the billboards in question was placed at the entrance of the southern French town of Toulon and showed Macron in a full Nazi uniform with a toothbrush moustache and swastika armband, which had been adjusted to read ‘LREM’ (La Republique En Marche) – the centrist party founded by Macron in 2016.

An investigation was opened by Toulon authorities for “public insult” on Tuesday.

The executive’s lawyers have proceeded with taking legal action, despite a law in France which made it illegal to insult the president being revoked back in 2013. The law was found to violate freedom of expression after a man charged with a cardboard sign telling then-President Nicholas Sarkozy to ‘get lost’ back in 2008 drew condemnation from European human rights courts judges, and his punishment was dropped.

Flori has defended the posters, asserting that they aim to question “this democracy where decisions are taken without discussion at a health council,” he explained.

One of Flori’s political posters read “Obey, get vaccinated.”
The statement is in reference to France’s controversial imposition of ‘health passes’ across the country.

On Monday, France passed a bill making it mandatory for all medical workers to take the vaccine. The new restrictions also made it obligatory for citizens wanting to visit bars or restaurants to be vaccinated or provide a negative test.

The novel regulations – which have heightened in severity since early July, in response to the Delta variant – have caused thousands to protest across France. Last Saturday, over 160,000 French citizens took to the streets to oppose the new measures.

Over the last 20 years, the accused claims to have made at least 100 provocative posters – which he insists is his right to freedom of expression, one of the pillars of French liberalism.