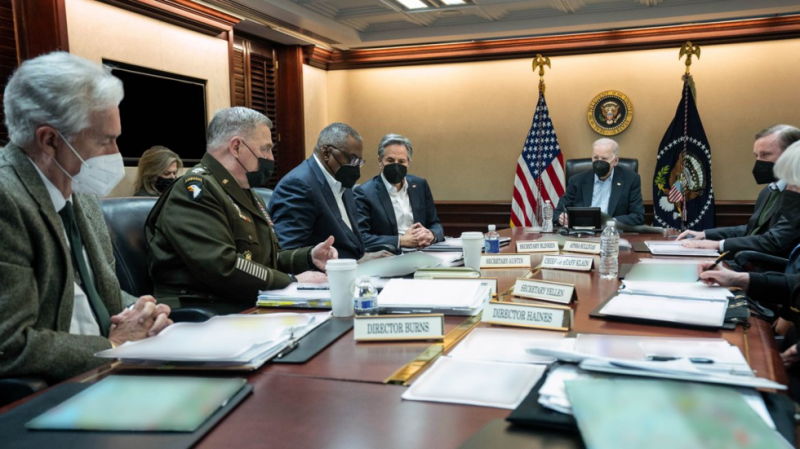 French President Emmanuel Macron briefed his US counterpart Joe Biden on Sunday evening on his talks with Vladimir Putin of Russia and Volodymyr Zelensky of Ukraine, in a call that reportedly lasted only 15 minutes on Sunday evening.

The White House said only that the two presidents “discussed ongoing diplomacy and deterrence efforts in response to Russia’s military buildup on the borders of Ukraine,” and told the press pool about the call’s duration. The Elysee Palace has yet to comment on the call.

In a call with Putin earlier on Sunday, Macron offered to mediate talks in the so-called Normandy Format “in the next few hours” to secure a ceasefire along the line of contact in the disputed region of Donbass in eastern Ukraine.

The French president’s office also said the two presidents discussed “a meeting at the highest level to define a new order of peace and security in Europe,” and that such talks would involve “all the stakeholders,” presumably including the US.

Following his call with Putin, Macron spoke with Ukraine’s Volodymyr Zelensky, who “confirmed his determination not to react to provocations and to respect the ceasefire,” according to the Elysee Palace.

Since then, however, the self-proclaimed republics of Donetsk and Lugansk in eastern Ukraine have accused Kiev’s forces of launching heavy artillery attacks on their territory. Kiev has repeatedly denied harboring any plans to take the breakaway regions by force, accusing the rebels of violating the ceasefire themselves.

Biden claimed on Friday that US intelligence gave him reason to believe Putin had made the decision to invade Ukraine in the next several days. Moscow has repeatedly denied having any plans to attack Ukraine and called such accusations “fake news.” 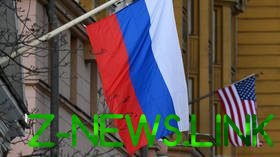 On Sunday, the US embassy in Moscow warned any Americans in Russia to make evacuation plans that did not count on US government help. US citizens were also told to stay away from shopping centers, train and metro stations and other public places in major cities due to threats of “attacks” – prompting Moscow to wonder if this amounted to an indirect threat of terrorism from Washington.

Shortly before 4 pm local time on Sunday (2100 GMT), the White House released a single-sentence statement announcing that Biden had “convened a meeting of the National Security Council to discuss the latest developments regarding Russia’s military buildup on the borders of Ukraine.”

With Monday being a federal holiday, Biden was supposed to travel to Delaware for a “family-related issue,” but after the NSC meeting, the White House told reporters he would remain in Washington instead.