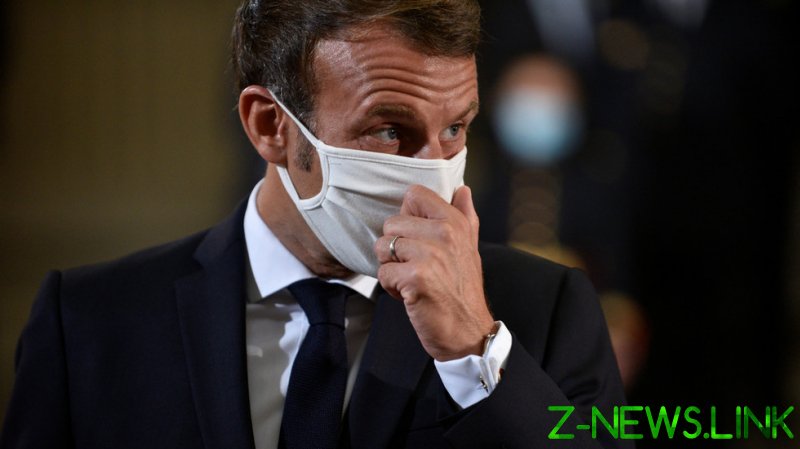 Macron took off his mask after experiencing a mild coughing fit during a speech to a vocational college in Clermont-Ferrand on Tuesday. As the audience giggled nervously, he accepted a glass of water from an assistant who remained at arm’s length, explaining, “We maintain distance, but I’m choking.”

The French leader demanded a “lighter mask,” claiming he “must have absorbed something” from the cloth covering.

Social media users were quick to deride the president’s discomfort, noting the French are required to wear masks in public in many parts of the country – though the edicts have been challenged in court.

Officials in Paris and the surrounding regions adopted a sweeping mask mandate last week, though it exempts cyclists, those exercising, and children under 11.

After a lower court ruled mask mandates must be curtailed – only to be applied during rush hours and crowded situations – a higher court found on Sunday that cities could indeed impose the broad orders as long as they were “coherent and easy to apply for citizens.” However, in less densely populated areas, mandates are not permitted.