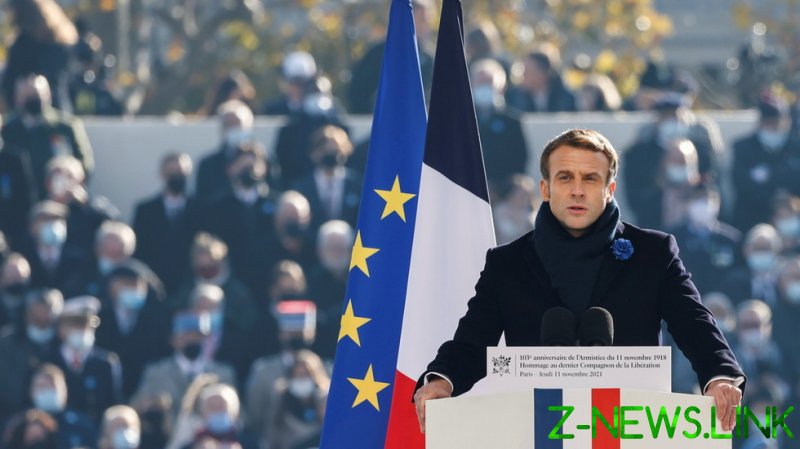 Over the weekend, French broadcaster Europe1 and newspaper Le Parisien reported that Macron had covertly decided to make the blue in ‘the Tricolore’ a little bit darker.

Journalists Paul Larrouturou and Eliot Blondet in their new book, ‘Élysée Confidential’, claimed that the president made the decision over a year ago, in June 2020. Arnaud Jolens, the Élysée’s director of operations, and Bruno Roger-Petit, the president’s memory adviser, had pushed Macron to make the move, the reporters claim.

The rationale for the decision was reportedly the general understanding that the darker blue was more aesthetically pleasing, as well as a wish to “reconnect” with the 1793 revolutionary flag. As the EU flag accompanies the French flag wherever it goes, it is also believed that the new darker blue better complements the blue on the ‘Flag of Europe’.

The darker shade of blue has long been in use by the French Navy, and Admiral Bernard Rogel, the chief of the Military Staff of the President of the Republic, also pushed for the move.

Macron’s government has never communicated its change to the public, although a spokesperson confirmed to Le Parisien that the color had indeed changed. According to Europe1, the president does not wish for the public to believe that there is any deep meaning behind the change.