Home / WORLD / Macron must end military action in Sahel. A rising French body count is all he has to show for years of fighting terrorist groups

Macron must end military action in Sahel. A rising French body count is all he has to show for years of fighting terrorist groups 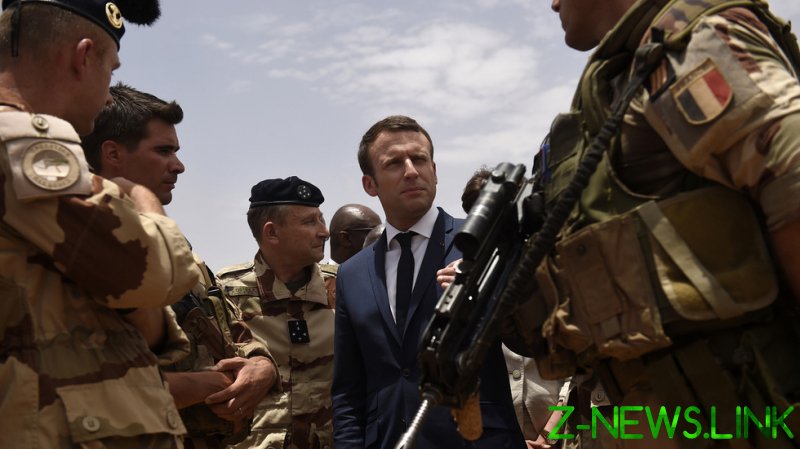 While Emmanuel Macron has put on hold – for now – plans for the withdrawal of his 5,100 troops from battle against jihadis in the Sahel, he should have the courage to admit to himself and the public that France has done all it can in the West African region. It’s time to go home.

Because his claim that this messy, protracted struggle is “attracting the interest of a growing number of countries, particularly in Eastern and Southern Europe” just doesn’t ring true.

With Germany refusing point blank to send any further help, the USA unwilling to play any role, the European assistance comprising only 500 or so personnel, and the with the Sahel group of five (G5) – Burkina Faso, Chad, Mali, Mauritania and Niger – unable to hold on to the territorial gains made on their behalf, France finds itself on its own, with 21 troop deaths so far his year its only tangible result.

No one outside of the Elysee Palace seems that interested in this interminable struggle against Islamist militants in the desert. The reality of the conflict, as reported a year ago, is that local security forces remain “woefully under-equipped and under-financed for shouldering the anti-jihadist fight despite years of French engagement,” while the jihadists are becoming stronger and more organised.

“The rise in strength of the jihadists is a reality we can no longer deny,” one French general told the BBC.

As the two-day summit of the G5 – with Macron attending by video from Paris – reaches its conclusion, if the attendees are honest with themselves, they need to admit that the strategy currently in place is simply not working. The enemy is growing stronger and there is no sign of a Western-backed calvary coming to the rescue.

It all began as something different in 2013, when French forces first intervened at the request of the Malian government. Insurgent groups had gained control over northern Mali and urgent help was needed. But the following year French involvement morphed into working with local and regional allies to prevent jihadist groups from regaining control.

That pivot just never worked. International interference in an area of complex multi-ethnicities has had the undesirable effect of actually driving people towards extremism, and France hasn’t helped itself by being unclear about its exact aims. People are suspicious, and rightly so.

France exerts influence in the region through military, political, and commercial ties – Francafrique – in a clear echo of colonialism and a strategy that replaced its more hands-on relationships. Such was the reluctance to let go of the remnants of its past that, although Macron announced the end of Francafrique in 2017, the French are still in the region, in numbers.

And most obviously they are bogged down in the battle against extremist groups, with one of the often-stated aims attempting to shut down the migrant route through the Sahara, into Libya and across the Mediterranean to European shores.

The hard sell from Paris is that France is doing the rest of Europe a favour, and the EU response has been training personnel in dribs and drabs, while the suspicion that most hold is that French involvement has political motives. True or not, Macron needs to revisit those motives with the presidential elections now starting to occupy attention. Support for a hopeless war in a far-off land that only grabs the media attention when yet another French soldier is killed is not a vote-winner.

But that’s not the only lesson to be learned here.

The French have plenty of history in Africa, even if 43-year-old Macron wasn’t born at the time his nation ended 130 years of colonial rule in Algeria, signing the peace agreement in 1962.

He might not have experienced the migration of north Africans into France at the time, but he is certainly familiar with the ghettos they created which, to this day, prove fertile territory for the radicalisation of young, disaffected, second-generation migrants.

It’s not towards the battle in the Sahel that L’Empereur needs to turn his gaze. His real terrorism problem is much closer to home, in the outlying banlieues of those large French cities, where French nationals plot and scheme against a country in which they do not feel welcome.

One thing Macron must realise is that the solution to that problem won’t be found in the dusty villages of the Sahel.