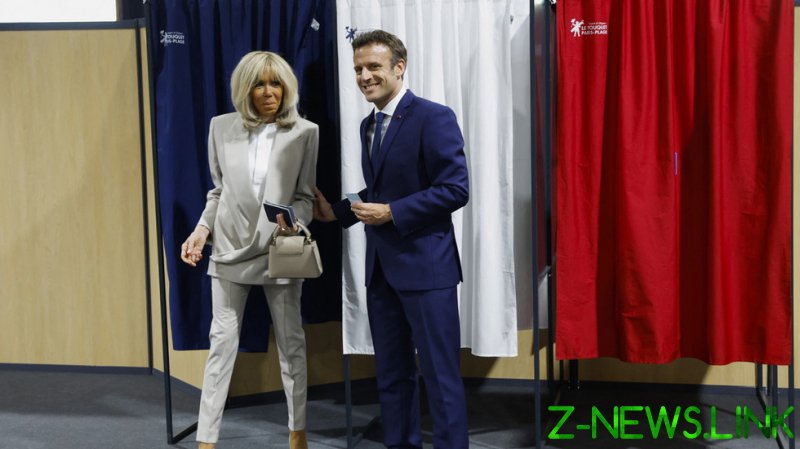 Exit polls after the second round of voting in the French election on Sunday indicate that centrist President Emmanuel Macron will win with 58.2% of the vote, while Le Pen gained 41.8%. The official results will not be published until Monday.

Macron is on the way to becoming the first French president in 20 years to be re-elected, according to exit polls published by Ipsos and cited in the French media. The first round of the election took place on April 10, leaving two candidates: Macron and the National Rally party’s Marine Le Pen, who is viewed by many as a far-right candidate.

While Le Pen managed to gain record support among French voters in the first round, the incumbent president’s lead has increased since then by 11-15%, according to the polls. In the first round, Macron won 27.85% of the vote, and Le Pen received 23.15%. 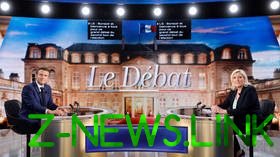 While Macron’s first term was dominated by the Covid-19 pandemic, the next one, if the official results confirm his victory, will come amid the ongoing Russian military offensive in Ukraine. Over the last two months, Macron has been one of the few Western leaders who has conducted regular talks with Russian President Vladimir Putin. At the same time, he has played a key role in putting together numerous packages of EU sanctions against Russia, providing military assistance to Ukraine, and deploying troops to NATO’s eastern front.

Some of Macron’s EU partners have openly supported him in the race against Le Pen. Three days before the second round of the election, German Chancellor Olaf Scholz, Spanish Prime Minister Pedro Sanchez, and Portuguese Prime Minister Antonio Costa published a joint column calling on French voters to support him.

The leaders wrote: “It is the choice between a Democratic candidate who believes that France is stronger in a powerful and autonomous European Union (EU), and a far-right candidate who openly sides with those who attack our freedom and our democracy.”