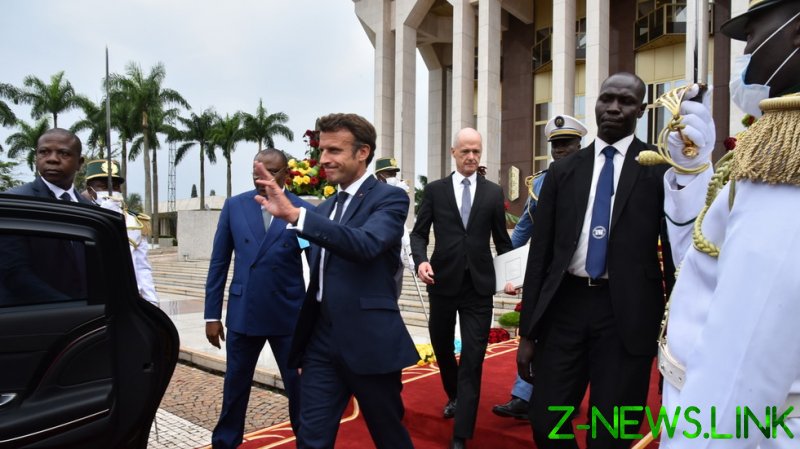 “If I remember correctly, he said that he was concerned with Russia’s military and diplomatic activity in Africa and with what he said was not cooperation, but the support for absolutely failed, illegitimate regimes and juntas,” Lavrov told reporters during his trip to Uzbekistan on Friday.

“If we look at the list of states we visited in Africa, and if that is what he said, it’s rather insulting for the African countries, which, despite everything, continue to consistently develop relations with the Russian Federation.”

Lavrov visited Egypt, the Democratic Republic of Congo, Uganda and Ethiopia during his four-day trip to the continent before arriving in Uzbekistan on Thursday. Macron was in Africa around the same time, visiting Cameroon, Benin and Guinea-Bissau.

Speaking in Cameroon, a former French colony, on Tuesday, Macron called Russia “one of the last imperial colonial powers.” He accused Moscow of backing “weakened political powers” and “military juntas that have no legitimacy” in Africa.

READ MORE: EU’s Borrell has ‘no chance’ against Lavrov – Moscow

Macron also voiced concerns over the work of the Russia-linked private military company Wagner in Mali and Central African Republic. The Kremlin has denied Wagner represents the Russian government.

Lavrov said last year that the private contractor had been invited by the Malian authorities to fight terrorists as the French troops stationed in the country were in the process of withdrawal.