Macron goes on campaign trail, gets hammered over fuel prices 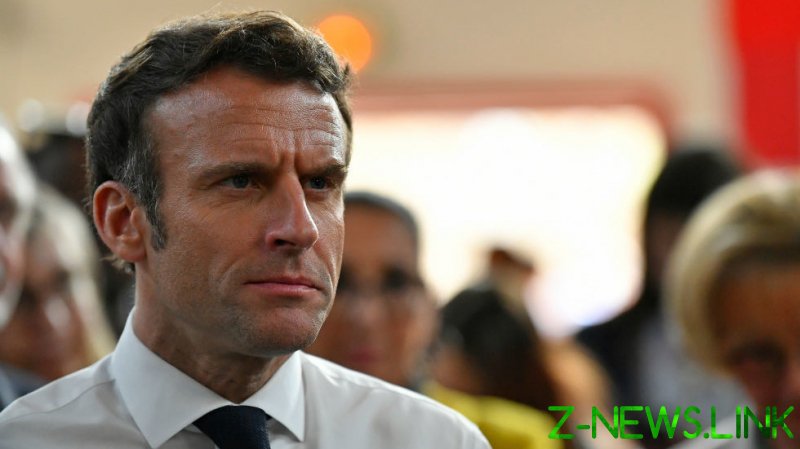 French President Emmanuel Macron took to the streets of Dijon on Monday ahead of next month’s elections, and was hammered over the rising cost of fuel and electricity. He defended his government’s efforts to keep prices down, but insisted that he has “no magical answer” to the problem, and that the public will “without a doubt” have to deal with some hardship.

Since Russian troops entered Ukraine over a month ago, Macron has portrayed himself as one of Europe’s foremost geopolitical players: Speaking to Russian President Vladimir Putin personally, doing photoshoots in a military sweatshirt after negotiations, and last week announcing a yet-to-happen operation to evacuate the Ukrainian city of Mariupol “in the coming days.”

However, with the first round of presidential elections coming up on April 10, Macron headed to the city of Dijon on Monday to meet voters – some of whom were more concerned with domestic issues than a conflict 2,000km away.

“Put yourself in the shoes of an ordinary French family, it’s terrible,” one man told the president. “It’s horrible to do the shopping, to fill up your tank. I used to get decent pay, I was able to go on holiday, save money. But that’s no longer the case, I’ve become a low-income worker!

Macron’s answer was firm. “I have no magical answer,” he replied. “The increase in fixed costs is a tragedy for the middle classes.”

The president defended his government’s allocation of €2 billion ($2.2 billion) toward fuel rebates – a spending hike that gives motorists around 15 cents off a liter of fuel, and boasted of similar moves to offset rising electricity costs – which had already soared to record levels long before Russia’s offensive in Ukraine sent shockwaves through global energy markets.

“You are talking to me about Ukraine, but what if tomorrow Putin decides to turn off the gas valve for us? What then?” the man countered. “It’s easy to say, ‘Reduce the temperature in your homes by one or two degrees,’ but I already did it, without waiting for someone to tell me this.”

“Without a doubt, this will have to be done,” Macron admitted, echoing similar comments by officials in Germany. There, Baden-Wurttemberg Minister of Agriculture and Consumer Protection Peter Hauk told citizens to get used to wearing sweaters to deal with the cold after he backed a complete ban on Russian oil and gas imports.

Rising fuel prices have rocked Macron’s entire presidency, with a tax hike in 2018 triggering years of near-weekly ‘Yellow Vest’ protests that grew into a show of dissatisfaction with his neoliberal economic policies. Despite persistently low approval ratings and the current spike in living costs, however, Macron is projected to win the first round of elections next month.

If successful, he would likely face off against right-wing stalwart Marine Le Pen, a showdown that polls show him winning, albeit less comfortably than he did in 2017.