Macron called the condition of returning of Russia in the G8 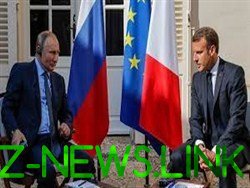 The President of France Emmanuel macron believes that a return to the G8 format with Russia’s participation depends on the situation in Ukraine. About it as transfers TASS, reported Reuters citing a source in diplomatic circles.

A spokesman said that Paris took note that the President of the United States Donald trump wants to reintegrate with Russia in the next year. However, he noted that an important role will play the situation in Ukraine.

“You must have circumstances conducive to progress,” he said.
According to the source, the French President intends to discuss the issue of Ukraine with the President of the United States Donald trump on the upcoming G7 summit in Biarritz.

Before Donald trump called for a return to the format of “big eight” with participation of Russia. He stated that he would support a proposal, and recalled that Russia expelled from the G8 under Barack Obama, because Russian President Vladimir Putin “outsmarted him”.