Lyon burns for 3rd night in a row, as unrest and violence continues (PHOTOS, VIDEOS) 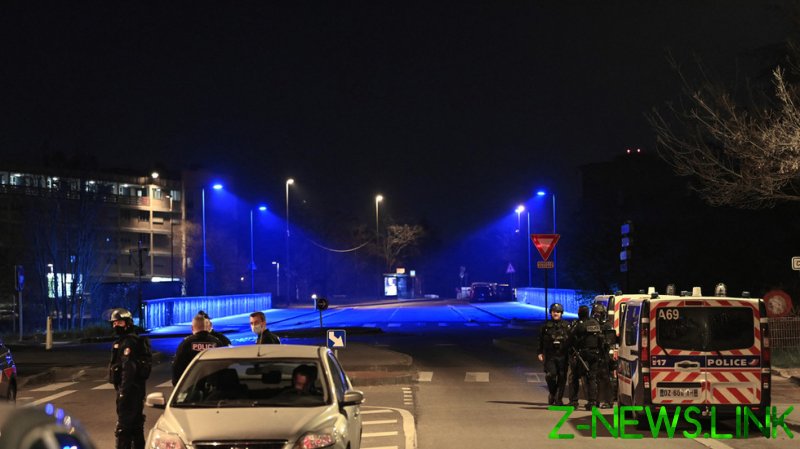 After incidents in the Alagniers district on Friday and the Duchère district on Thursday, violence erupted on the streets of Bron, outside of Lyon, on Saturday evening, shortly before a curfew.

Police were pelted with numerous projectiles as they responded to several vehicle fires – their own vehicles were damaged in the incident.

France’s Minister of the Interior Gérald Darmanin said there had been at least 21 arrests in recent days in the greater Lyon area as the public grows increasingly frustrated at the ongoing coronavirus restrictions, including the weekend curfew.

“No act of violence can be accepted. Support police forces,” he tweeted.

Saturday’s violence follows Darmanin’s decision to deploy an additional 200 police and gendarmes to the city as reinforcements to help curb the spread of nightly violence.

Some 13 vehicles were burned in the Alagniers district of Lyon on Friday night, as at least six people were arrested.

On Thursday evening, there were clashes between angry residents and police, after a 13-year-old boy was left in a coma after crashing his scooter. Many were blaming the police for what had happened.