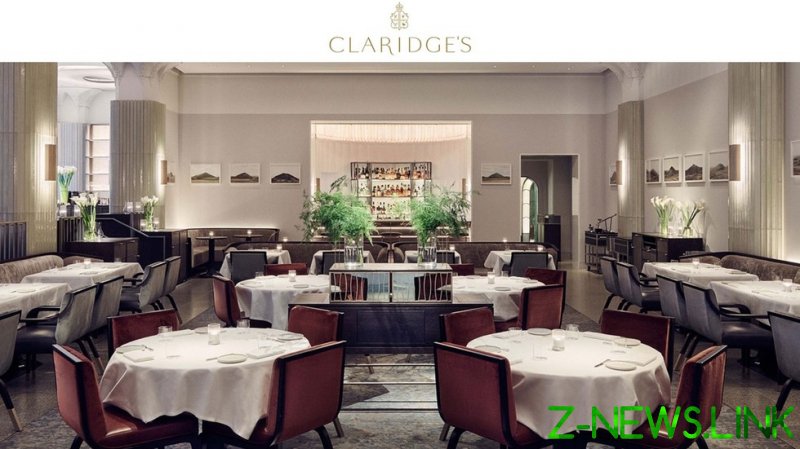 In a statement on Friday, Claridge’s announced that it had “mutually agreed” to separate with Daniel Humm, the chef and owner at its award-winning, Michelin-star restaurant Davies and Brook.

“We completely respect and understand the culinary direction of a fully plant-based menu that Daniel has decided to embrace and champion and now wants to introduce in London,” the hotel declared.

However, this is not the path we wish to follow here at Claridge’s at the moment, and therefore, regretfully, we have mutually agreed to go our separate ways.

In his own statement, Humm argued that “the world is changing, and we have to change with it” and said “the future for me is plant-based.”

“It is with sadness now that we’ve mutually announced that we will go our separate ways at the end of this year,” he continued, adding, however, that the decision of whether to make the menu meat free is “unfortunately not something we can compromise on.”

The restaurant will continue with Humm until the end of the year, where it will presumably still sell its menu of lobster, foie gras, and caviar, however Claridge’s has yet to announce a replacement for the chef.

Earlier this year, Humm announced that his other restaurant – New York City’s Eleven Madison Park – would be adopting a meat free menu after realizing “that the current food system is simply not sustainable.”

News that Humm was also trying to implement such a menu at the restaurant in London soon angered many Brits and concerned the hotel, which reportedly had fears the change would “upset thousands of regular guests.”