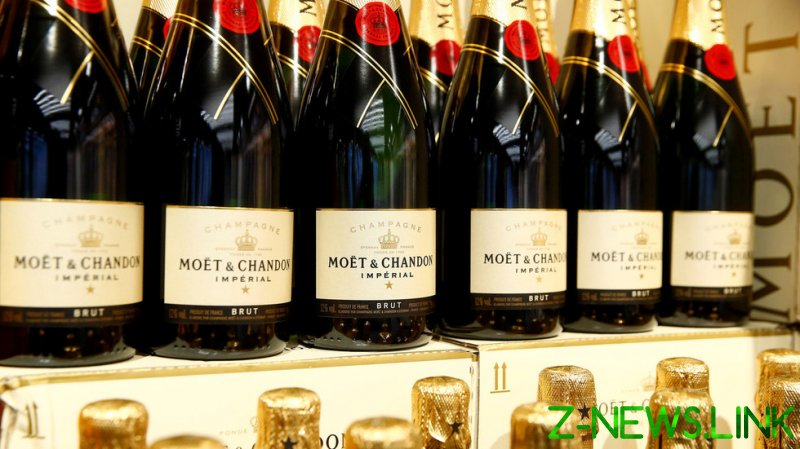 Moscow business daily RBK published on Friday a letter from LVMH, the colossal Paris-based conglomerate that owns spirits brand Hennessy and winemaker Moët & Chandon, founded in the Champagne region of France in 1743. In the statement, the company warns Russian clients it will temporary suspend all deliveries of the fizzy tipple to the country.

The move comes in response to a new bill, signed into force by President Vladimir Putin earlier that day. As a result of the rule change, only Russian sparkling wines will be able to carry the prestigious ‘champagne’ tag. Foreign-made alternatives, even those from the eponymous region in France where the drink was first developed, will have to change their labels. Most Russian champagne is produced in the southern Krasnodar region.

Moët Hennessy Russia, the arm of the company which distributes much of its alcoholic beverages across the world’s largest country, said that the measures would force their plonk to go through a process of recertification. French winemakers, who lay claim to exclusive use of the regional designation, have apparently not agreed to the decision.

The line of sparkling wines supplied by LVMH is in the upper segment of the price range, with brands such as Dom Perignon sold in Russia at around $450 a bottle.

The head of a leading monitor of the Russian alcohol market commented to RBK that the distributor seemed to erroneously interpret the new law as a challenge to the international brand. The French trademark ‘champagne’ is a protected designation, like Brie cheese and Morteau sausages. “Our law cannot cancel [that], it’s not under its jurisdiction,” Vadim Drobiz of the CIFRA group said.

The monitor said that Russia imports around 50 million liters of sparkling wines annually, with 13% coming from France. LVMH’s share is relatively small, around 2%, so if the company refuses to deliver champagne to Russia, “members of the elite will have Italian Prosecco and Spanish Cava in their glasses when posing for photos,” he said.

Meanwhile, the local competition took some shots at the démarche, calling it a “rant over nothing” and “some kind of blackmail,” citing Leonid Popovich, the head of the Russian Union of Grape-growers and Winemakers.

“If you don’t want to supply it, don’t,” he said. “Russia has sparkling wines that are no worse in quality, taste and aroma, and our consumers won’t be lacking.”