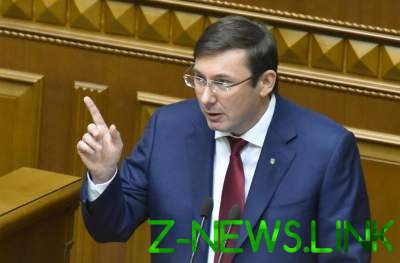 According to her, the meeting lasted 2 hours.

“An official meeting at the invitation of the newly elected President with the attorney General,” said Gar.

According to journalists, the meeting was in the office and Zelensky “95 Quarter” in Kiev on the street Belarusian, lasted 2 hours and concerned the alleged law enforcement, including the Prosecutor General.

At the same time Bihus.info note that on Monday, may 13, the press service of the District administrative court of Kiev declared that the Prosecutor General’s office started pre-trial investigation into possible interference in the work of judges of the Supreme officials of the state’s decision on the illegality of the nationalization of “PrivatBank”.

It is noted that the judges were asked to begin pre-trial investigation against the current President Petro Poroshenko, the Minister of justice Pavel Petrenko and Chairman of the national Bank of Yakov Smoliy.

“The judges didn’t like how the officials commented on a judge’s decision on the illegality of the nationalization of PrivatBank at a meeting of the national security Council on April 18. The judges think this is a threat to the judicial system. The recognition of the illegal decision on the nationalization of the Bank – into the hands of the oligarch Igor Kolomoisky, who made no secret of his desire to regain control of the Bank”, write the journalists.

See also:  In Moscow solitary pickets in support of the defendants in the case "Network" came out hundreds of people