Home / policy / Lutsenko has responded to the scandal surrounding his wife

Lutsenko has responded to the scandal surrounding his wife 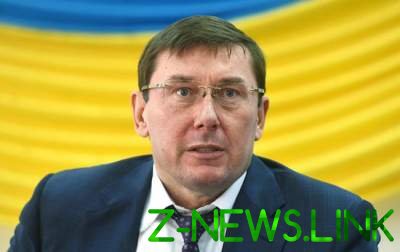 Lutsenko, the public Prosecutor has stood up for his wife after the scandal with “goat” in the Parliament.

Prosecutor General Yury Lutsenko decided to protect his wife, the MP Irina Lutsenko after the scandalous video of the brawl in the Verkhovna Rada, where she was screaming “Take out the goat.”

Journalist Espreso.tv Marina Danilyuk-Ermolaeva on his Facebook page criticized Lutsenko’s wife for her conduct in Parliament.

The reporter was criticized not only by the fact that Irina spoke, but made unflattering remarks about her addiction to plastic surgery.

“Ira and goats. 1. When your Maine attorney General, and you are the official representative of the President in the Parliament – carefully filter the comments. 2. Intemperance and stream gave black technologists at the election of a cool trick how to fail, “Poroshenko Yanukovych =” about permissiveness and a losing battle with goats since 2004. 3. All women in politics face a qualitatively tuinhout surgeons, and inside all the same “dad, I’m trying” – she wrote.

The response from the attorney General came quickly. Yury Lutsenko in the comments to the post danyluk-Ermolaevo replied that his wife was present and he likes it when politicians are sincere in their actions and statements.

“My wife is real. In the words without PR, on the face without surgery”, – said the Prosecutor General.

Such a response from the attorney General, danyluk-Ermolaeva replied another post on their page.

“Yuriy Vitaliyovych, despite memasuki and harsh criticism, the lady defended. For that much respect!”, – wrote the journalist.