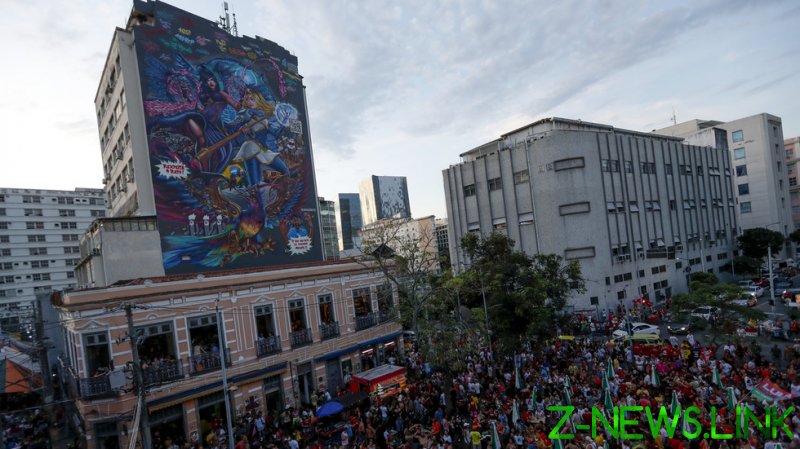 Former president Luiz Inacio Lula da Silva has clinched victory over his right-wing rival Jair Bolsonaro in a tightly contested second round of Brazilian election on Sunday. With over 99.5% of districts reporting their final results, Lula’s victory was “mathematically defined,” according to the country’s election authority.

Polls closed nationwide at 5pm local time (8pm GMT). Initial results showed Bolsonaro ahead, but just as in the first round of voting his lead eventually narrowed as more votes from da Silva’s strongholds were counted.

On October 2, da Silva, who served as president from 2003 to 2010, received over 48% of the vote, which was not enough to claim immediate victory in the first round.

The incumbent repeatedly warned during his campaing that he will contest the results if he loses by a small margin, calling into question the reliability of Brazil’s electronic voting system.

Lula da Silva, who represents Brazil’s Workers’ Party, has focused his campaign on overcoming social inequality and alleviating poverty. Among the measures he proposes are raising taxes on the rich, widening the social safety net, and increasing the minimum wage.

In the run-up to the showdown, the rivals repeatedly traded insults during campaign events. In a televised debate on October 17, Lula called Bolsonaro a “tiny little dictator” and pledged to defend freedom and democracy. The incumbent fired back, calling Lula “a national embarrassment,” due to the corruption scandals that took place when Lula’s Workers’ Party (PT) was in power between 2003 and 2016.

Lula, who governed Brazil from 2003 to 2010, was barred from running for president in 2018 because of a corruption conviction that was later overturned.