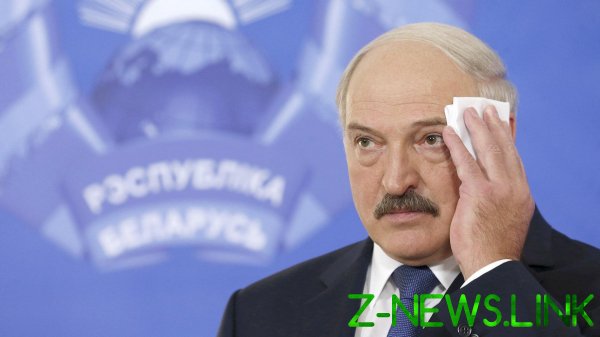 Lukashenko swept despair. Cleaning opposition in the country and under false pretenses took off with the election of strong candidates who represented to him the danger and was popular among the people, the President did not take into account the mood of the country and his political bloc has not figured out the consequences of these radical steps. People United around the only independent figures, Svetlana Tikhanovski. Recent rallies in her support finally prompted Lukashenko to the idea that we need a unifying of people, the scenario of elections. And this is always the search for an external enemy. The old configuration of the foreign pressure from the West has not worked and does not bring points, and then dad decided to play the field of the opposition, and has already by its actions wants to show that Moscow decided to intervene in elections. But how to really find Russia’s intervention in the political process is difficult, but if they are, then painfully tied to the economic interests of Lukashenka’s family, we decided to take it there. And then in the mix get in the PMCs soldiers “Wagner”, which is the usual transit rested in a modest hotel. The arrest was shown on all Belarusian channels, and to be sure picked up and tucked a Russian political analyst Vitaly Shklyarov, who has previously worked in the US election campaigns of Barack Obama and Bernie Sanders, and the last time I worked on blogger Sergei Tikhanovski, husband of the candidate in presidents of Belarus Svetlana Tikhanovski, which now sits in jail.

And then the Belarusian authorities is obtained to show that the enemies are from the West and from the East, and thus to try to unite the nation before the vote. Receiving enough exhaust, but it works only when there is political stability and no violations of citizens ‘ rights.

But only to go between Scylla and Charybdis Lukashenka will not work. Losing the voice of the Pro-Russian electorate and not receiving the votes of liberal-minded the public after all disenfranchised arrests and withdrawals of candidates, he was left with nothing. The vote in cities will strongly protest, and get the majority of votes he will be released only in the rural areas. And as you know, all the scenarios of color revolutions written for cities… it is necessary to Leave with dignity.

P. S. the election Result is easy to predict. But the consequences after the vote, it is difficult to evaluate, a lot depends on the activity of citizens who want to defend their choice. It is possible as an easy protest, and the Ukrainian scenario. In Belarus created conditions for fair and competitive elections, the opposition is persecuted for political reasons. This creates uncertainty and in further relations with Russia. What always strikes me is the fact that all we blame the US but don’t see their mistakes. How is it that US being thousands of miles off from us country associated with us a common border, thousands of years of history and family ties, and Russia can not do anything to oppose this? And all because the foreign policy of our foreign Minister can be described by the quote from the movie “And if you will not take — we will disconnect gas!”. When we had the opportunity to lure the Ukrainian elite, we regularly each year on December 31, humiliated her in the negotiations in Gazprom, where they begged a discount on gas for his country. Now we are more likely to get problems with the pipe in Belarus. And then around the pipe. Bricked, demons!