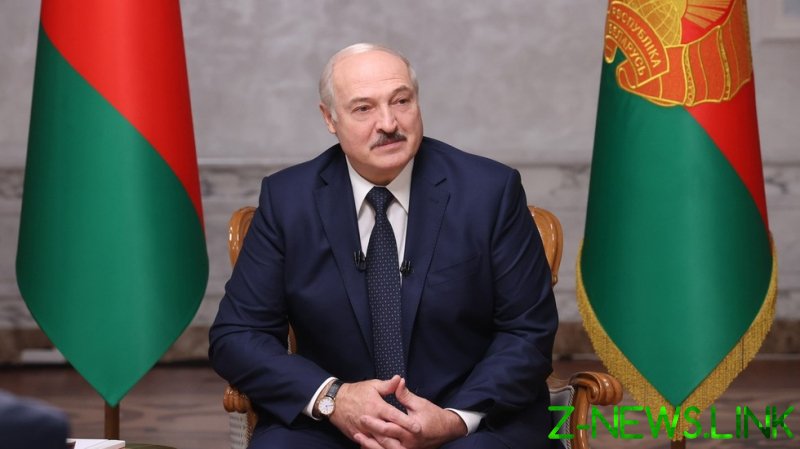 Alexander Lukashenko, who has been under pressure since a disputed election last month, told Russian journalists on Tuesday that the alleged US interference is effectively a dry-run for a future attempt to destabilize Russia. The president officially won 80 percent of the vote in the August poll, but the opposition says the contest was rigged.

“We asked [Lukashenko] who is interested in this [supporting the protest movement in Belarus], and what side he expected and expects the trouble to come from,” Rossiya-1 TV reporter Yevgeny Rozkov revealed to news agency TASS. “He believes that, first and foremost, the Americans are behind everything, acting through centers in Poland and the Czech Republic. But there are also internal reasons, he said. One reason is the fact that two new generations have grown up in Belarus, forming a small class of ‘young bourgeois’ who ‘want power.’”

Dwelling on the alleged US ‘orchestrators’ of the unrest, Alexander Lukashenko stated that they have Russia in mind. “We know who is behind all those Telegram channels: they are the Americans. We all need to understand that this is not about Belarus. Their main goal is Russia,” Editor-in-Chief of Govorit Moskva radio station Roman Babayan quoted Lukashenko as saying. Babayan was among the Russian reporters who interviewed Lukashenko earlier on Tuesday.

Telegram is a cloud-based instant messaging app, devised by brothers Pavel and Nikolai Durov who previously created Russia’s leading social network, VKontakte.  It does not disclose where its offices are located, but it’s believed to have employees in St. Petersburg and Dubai.

“What do you do about Telegram channels? Can you block these Telegram channels? No one can, even those who invented this entire internet. The Americans,” Lukashenko added in extracts published by RT’s Russian-language service. The full interview will be broadcast later.

“You can see what is going on there,” he went on to say referring to recent unrest in the United States. “And Telegram channels are playing a leading role there. And it was they who started the whole story, and did it long ago. Not Russia, not Belarus – it is they who have been doing it all the time. And now they have what they have. Whatever! And we are reaping the fruits of it.”

The presidential election in Belarus took place on August 9. Immediately after the results were announced, mass protests sparked across the country leading to clashes with law enforcement during the first days. The Belarusian opposition’s Coordination Council urges people to continue protesting, while the authorities demand that the unauthorized rallies stop. According to the Belarusian leading opposition figure Pavel Latushko, over 10,000 people have been detained since August 9.