Lukashenko predicts when Ukraine could join Union State with Russia 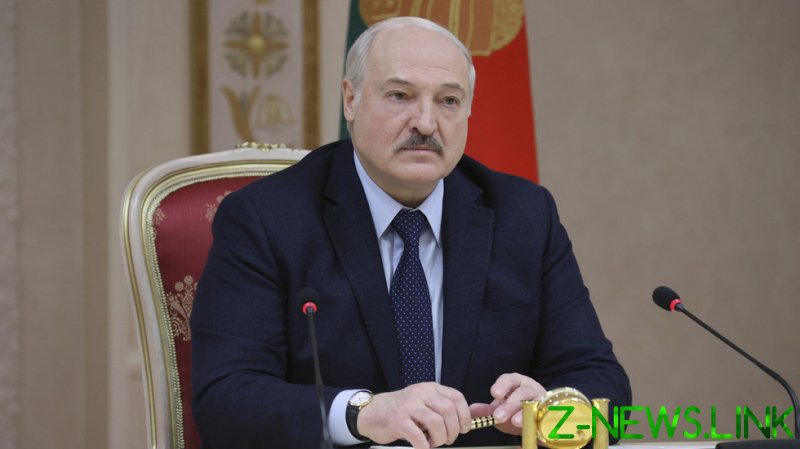 Belarusian President Alexander Lukashenko provided his take on the current and future impact of the Ukrainian standoff, in an interview with YouTube channel ‘Soloviev Live’ partly aired by Russian media on Sunday.

The ongoing crisis is being stoked from across the Atlantic, Lukashenko said, accusing Washington of actively pushing Kiev into a war with Russia. However, if Moscow and Minsk don’t “make mistakes” in this situation, Ukraine might eventually reemerge as their ally, and even integrate with Russia and Belarus economically and politically, he claimed.

“This is just the essence of the war, which is currently debated by you and by us; ‘Oh, Ukraine is going to war.’ It’s not Ukraine, it’s the Americans who are pushing them into war,” Lukashenko said.

Over the past few months, top Western officials and media have repeatedly warned of an allegedly looming ‘invasion’ of Ukraine by Russia, a charge Moscow has consistently denied. No actual evidence to back up such claims has emerged, with the reports instead citing anonymous sources and observations of Russian troop movements inside the country’s own territory.

Ukraine seems to be very reluctant to go to war, Lukashenko observed, referring to recent statements by Ukrainian President Volodymyr Zelensky. The latter has accused Western politicians and media of hyping up tensions, saying they were painting the situation in his country as if it was already at war with Russia.

“Although I didn’t expect him to behave like that, [Zelensky] has already started crying ‘No, no, there will be no war, there is no war,’ and so on. Now they are trying to drive him back into his stall to make him say that there will be war, that we’re attacking and so on,” Lukashenko said, branding his Ukrainian counterpart a “headless” man. He argued that the Ukrainian president does not seem to hate “the entire Soviet past.”

Asked about the future of Ukraine, Lukashenko said the country might ultimately end up as not just an ally, but a member of the Union State, which currently comprises Russia and Belarus.

Formed in 1999, the Russia-Belarus Union State originally foresaw the establishment of a joint cabinet, parliament and courts, as well as other institutions, effectively morphing two nations into one. None of these plans have materialized so far, but the two countries enjoy a deep economic and political partnership, with plans for further integration announced by Moscow and Minsk last year. Other countries could also join the organization as well, Lukashenko suggested.

“You know, Belarus is already there, I think that there was a good lesson for Kazakhstan,” he said, referring to the violent turmoil the Central Asian country endured early in January, which prompted the Kazakh government to request a brief peacekeeping mission by the Russia-led Collective Security Treaty Organization (CSTO).

“If you say 15 years, I’m sure that Ukraine will be there if we don’t make any mistakes,” Lukashenko predicted.