Home / policy / Lukashenko has lost control over the situation. 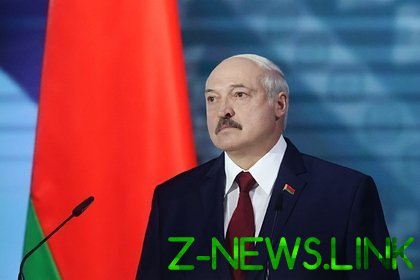 The fact that Putin did not disperse unauthorized rallies Belarusians have consulates of the country in Moscow and St. Petersburg — a clear sign that Lukashenko left them at least in the lurch.

However, the fact that the wife of Babariko on election day was in Moscow, and the Russian AP-controlled Russian media are actively, freely and sympathetic coverage of the protests in Belarus, suggests that the most likely winner of the election to agree on the future. Just like it happened with Pashinyan in Armenia.

Multiple conflicts between protesters and the population numerous Riot police around Minsk and in many cities of the country talking about the fact that Lukashenko has lost control over the situation, and the protesters received from (yet some) commissions results, confirming victory (with the score for the still acting President) will double the efforts. Despite appearing first victim.

The only trump card Lukashenko in this situation is the permission to fire on the crowd of fighting and the use of the army (while in reserve). It’s not a very good option. And in the house in the suburbs may be denied.