Home / policy / Lukashenko has determined the scenario for Belarus? 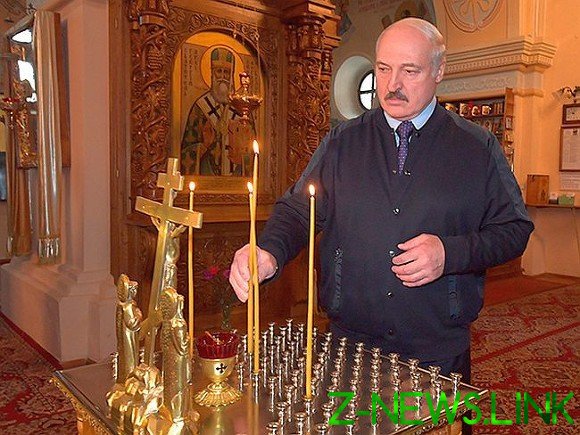 Ten days before the voting day, the KGB finds a group of “saboteurs” from Russia that gives Lukashenka a reason to “tighten the screws”. The CEC of Belarus has already declared the possibility of partial or full blocking of the Internet due to the fact that the country can be up to 200 militants, and two more groups formed in Russia and are about to enter into the country. The Secretary of security Council of Belarus Ravkov also said that some of the arrested militant admitted that he was going to make a revolution.

Ie we have irrevocably played the “nationalist card”, Belarus together with its current leader completely dissociates itself from Russia. Talking about the restoration of the Union state can be forgotten, and promises Mishustin on creation of some joint governments. The ceiling for the recovery of the business relationship — gas Union, and that now it is not clear how to get out of the situation, when Belarus has effectively accused Russia of preparing “Beladona”?

The export of the “orange revolution”, which has always been a phantom fear of the Kremlin, for the first time, “hung” on Russia — however, the role of the state Department, we played Prigogine with his “Wagner”. And it’s only a small gap, leaving hope for a “bad peace”, as long as official Moscow has no accusations against him have not heard. Formally, Lukashenko himself said nothing, as Putin, and that there are people doing certain Prigogine is their personal business, the PMC on the private company.

So now Lukashenka made a political move, on the one hand, the maximum spoiling relations with Moscow and thus putting the Shah to the Kremlin, and on the other — making a clear step in the direction of the West and especially the EU. It seems that Europe was a close associate of Papa, who could not agree with Putin, nor trump, nor with Chinese officials. If Lukashenko will be able to hold elections on 9 August more or less in peace, and protests to suppress is not too hard without blood, the EU will survive another term of the “last dictator”. Moreover, the “anti-Russian” rhetoric may gain points in the election among the Pro-Western electorate.

It seems that the bidding time for Belarus is over the choice of scenario was made before the elections and now the most important thing for Lukashenko is to hold it, avoiding all the many dangers posed by the game state of emergency.