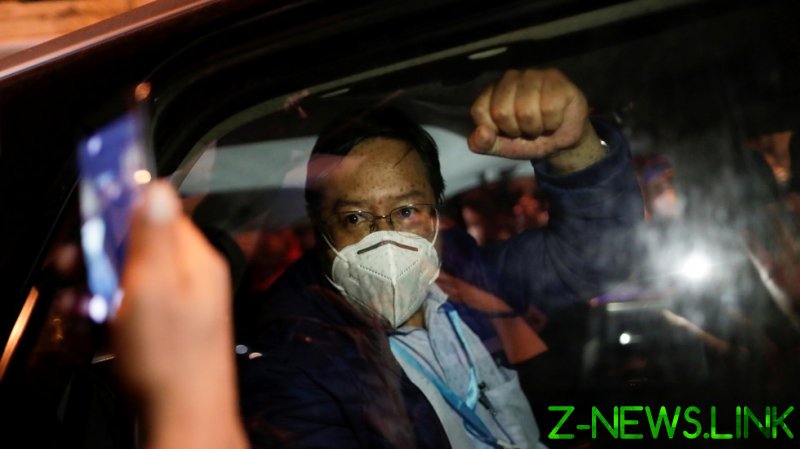 Ex-president Morales declared that his party, the Movement for Socialism (MAS-IPSP), scored a “resounding victory” in the election, as citizens voted for the president, vice president, and Congress members.

“Our political movement will have a majority in the both houses [of parliament],” he tweeted, promising to “restore the dignity and freedom of the people.”

He also congratulated Luis Arce and his running mate, David Choquehuanca, who are expected to become president and vice president, if the exit poll results are in line with the official vote count.

Interim President Jeanine Anez also said that MAS candidates are poised to come first in the vote. “We still don’t have official results, but from the information I have, Mr. Arce and Mr. Choquehuanca have won the election,” she said, asking the men to govern “having Bolivia and democracy in mind.”

A Ciesmori exit poll indicates that Arce came in first with 52.4 percent of the vote, while former President Carlos Mesa of the centrist Civic Community coalition received 31.5 percent. However, the official results are yet to confirm the numbers, with less than 15 percent of the vote tallied up in a lengthy counting process.

Bolivia’s Election Commission reported that Mesa had a lead over Arce at the time this story was first published.

Arce, nevertheless, posted photos of himself celebrating the results and thanked the voters for their support. “We will recover democracy and will regain stability and social peace,” he tweeted.

Venezuelan President Nicolas Maduro congratulated Arce for “defeating the coup against our brother Evo with votes.”

After ruling Bolivia for 14 years, Morales resigned amid mass protests and unrest sparked by allegations of vote rigging in November 2019. He then left for Mexico and later moved to Argentina.

Arce, 57, was a longtime economy minister with the Morales government.