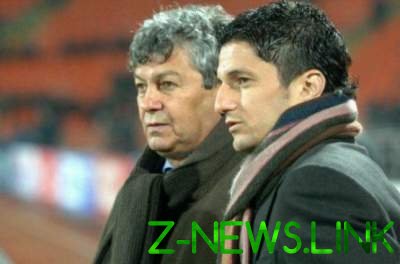 Mircea Lucescu is interested in the appearance of his son at Shakhtar Donetsk.

Leading You-Tube show “Datoteke” Sergei Bolotnikov in the program said that Mircea Lucescu has arrived in Ukraine and held a meeting with General Director of the club Sergei Palkin.

Lucescu suggested Shakhtar to invite the head coach of his son Razvan, who led PAOK with the Ukrainians Yevhen Shakhov and Eugene Khacheridi for the first time since 1985, became the champion of Greece.

According to the source, the leadership of “Shakhtar” has some disagreements with head coach Paulo Fonseca. It is possible that the Portuguese at the end of the season will leave the club and take the team out of the top of the championship.

Rumors about the appearance Lucescu Jr. in “the miner” appear in the media is not the first time. In April of last year, the Romanian press reported that Razvan Lucescu can lead the Shakhtar, and his father got the job at the club.

As for Paulo Fonseca, the Portuguese for three seasons with Shakhtar won five trophies and led the club in the playoffs of the Champions League. In season 2018-2019 Shakhtar close to a third consecutive League title and the Ukrainian Cup final team Fonseca will play the First League “Ingulets”.