Home / WORLD / Low wages, no staff, and politicization: Ex-cop on what’s wrong with US policing

Low wages, no staff, and politicization: Ex-cop on what’s wrong with US policing 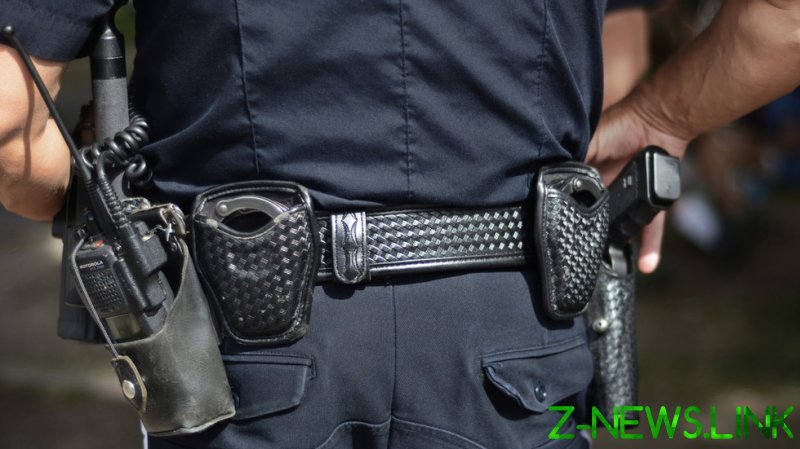 At first glance, it seemed plausible. Jimmy Banks, the chief of police in Nahunta, Georgia, quit last month in protest over his officers having to abide by a Covid-19 vaccine mandate. There have been similar reactions across the US from government employees, although not from any with such a noteworthy position as police chief.

It turned Banks into somewhat of a celebrity in some circles; hisTwitter account was bombarded with messages, supporting or barracking his decision. But it was a complete fiction.

Banks said: “My legal team didn’t want me to talk to anybody else after that first statement I gave to the local paper, but I told them I wanted to clarify some misrepresentations.”

So, what the hell happened? It is true Banks resigned but, perhaps indicative of the politicization of everything in American life, people projected their reasons onto his decision to quit. In fact, the cause was something far more ordinary.

“The reason I walked out the day I walked out was they wanted me to reduce an officer’s salary, nothing to do with any vaccine. That salary had already been approved by the previous chief’s budget, and then it was approved in my budget. He had already been working a week and then they wanted to drop his salary $2 an hour. They told me if I didn’t, they would. I told them if that’s the way they are going to do things, then I needed to find somewhere else to work.”

The officer in question was a 20-year veteran who had been recruited personally by Banks from Connecticut. He was a firearms instructor and also had experience as a detective. Banks, who became chief back in March, said, “He was going to be a great help to us because of all his knowledge. After he came to work, they decided they want to drop it. I take my integrity, my principles and honesty very seriously, and whenever you want to lower a man’s salary that has already been agreed on and approved three times, and you think it’s OK to drop it by breach of contract, to me you’re not having any integrity and you’re being dishonest. I’m not going to be part of it.”

The former chief wanted to avoid any publicity but was irked by mistruths and allegations about him. Ironically, the bizarre situation has shed a light on chronic issues in US policing. Banks explained the salary cut the city council ordered him to implement was $2 an hour.

“He was on $16.50 an hour but was making $20 something up in Connecticut, and they wanted to lower it to $14.50,” Banks said.“You want a guy who’s overqualified and underpaid, who took the job as he saw a need to help us, and then you want to drop him so he makes what they do at McDonald’s? Like I say, I’m not going to do that.”

The officer resigned along with Banks. Another two officers also quit in protest, leaving the small police department with 50 percent of a force. All of them are likely to get new jobs, thanks to the drastic shortage of trained cops across the US. “I was told the other day that there are 109 openings for every certified officer in the state of Georgia alone, it’s bad,” Banks revealed

The problem is fewer and fewer people want to be cops, making getting staff akin to chasing a product on eBay.

“You are basically bidding on officers, as everyone is so short-handed, you’re trying to get what ones you can,” he said. “A lot of the younger officers quit, as they say it ain’t worth it, what we get paid to have our lives torn apart, be under the microscope or to even not make it home. They can make a career change, and you have a lot of older officers who decide to go ahead and retire. The academies used to have a waiting list, now you can get in any academy you want to.”

It’s not just salaries that are causing fewer people to join the force; the nature of policing has changed. Banks feels he and his colleagues are now “political pawns.”

“I’m friends with a lot of officers and heads of department, there are a lot of struggles that didn’t exist six years ago. I think it all comes down to overall respect. I’m man enough to admit there are some people who shouldn’t have worn the badge; there’s been some bad choices made by folks, I wouldn’t even call them an officer, but there are bad apples in every profession. But for some reason they have decided to target police because of a few bad apples. Why punish the rest of us who’re doing things the right way?”

There are Defund the Police campaigns across America, withMinneapolis voters opposing plans to restructure their police last week. If an officer steps out of line, it’s shared across social media and a witch hunt begins. There is clearly a need for the police to stay within the law, but it’s easy to see how the job has extra layers that didn’t exist before, and managing media relations is way above the pay grade of those responding to 911 calls.

“I think the root is politicians and the media. Not all, but a lot have portrayed us in a bad light, and there will be millions of officers who will go out and answer millions of calls, but then the focus is on the one bad. You don’t get the positive stories. That’s one reason I got on social media; I don’t really like social media, I just wanted to shed light that there are some good officers out there. I’m not perfect, I make mistakes, but I know whenever I end every day, that I tried to do the best I could and do it the right way,” added Banks.

With morale low, poor pay, and adverse reactions, what could improve the situation?

Banks has a surprising and refreshing answer.

“I think it starts with the police, not the public. It’s our job. I believe in community policing. The way I would define that is officers have to go into communities before they police those communities, if that makes sense. Get involved and do things outside of police work. There are several things I did to try to institute that where I was; I did a coloring book for kids where it talked about the police as your friend. I took it to elementary schools and it had a statement from me letting them know I was there for them.”

Another initiative Banks put in place was challenge coins, which he’d give to young people he saw on his rounds, or to struggling adults: “I’d give them one to build that rapport.”

Discovering all of this makes it even more incredible that the powers that be allowed Banks to leave his role, with it clear the main ones to suffer are the citizens he used to protect. Banks clearly saw his force’s role as more than just issuing traffic tickets.

“It was very difficult. I loved my officers and I loved my community,” Banks explained. “I was hired by the mayor and everything was great until the city manager came back, and then it was a power struggle, and I got caught in the crossfire. I think it’s just small-town politics. The previous chief warned me there would be problems, and he had some of the same issues, the mayor even told me, but I thought if I crossed all my t’s, dotted all my i’s, was upfront with them and had all my ducks in a row, everything would be ok. It was always like pulling teeth trying to get anything done and they wanted to make everything difficult, every decision.”

If Banks’ testimony is a sign of modern policing in America, then people should be worried. Would you do a job where you may not come home for the same salary you would get in a fast food joint? Do you want local officials meddling and telling you how to do the job, despite them not being on the ground? And what about all the vacancies, are the police able to function adequately?

Backing up Banks’ statements is the fact Portland has fewer cops now than at any time in the past 30 years, along with national figures showing a 45% rise in the retirement rate, plus a 20% increase in resignations in 2021 compared to the previous year.

Offering his thoughts on how the politicians are handling it, Banks said, “I just don’t believe the police departments are a priority to them and I think it should be. That’s why, us being a fully staffed small agency, we were blessed, as most agencies are not fully staffed. I had recruited and increased the hours of the part-time officers, we had a great relationship and really turned the department around. If you ask anybody in the city, I think they would tell you that.”

One of Banks’ former officers has been promoted to chief of police, while the man himself is taking a break – but he is adamant he’ll be back in uniform soon.

“This is my calling, I miss it every day. It’s definitely not as easy as when I first started, but I still enjoy helping people – that’s why I do what I do.”