Home / WORLD / Love him or hate him, Donald Trump is the one maverick who can free Americans from the Big Tech gulag

Love him or hate him, Donald Trump is the one maverick who can free Americans from the Big Tech gulag 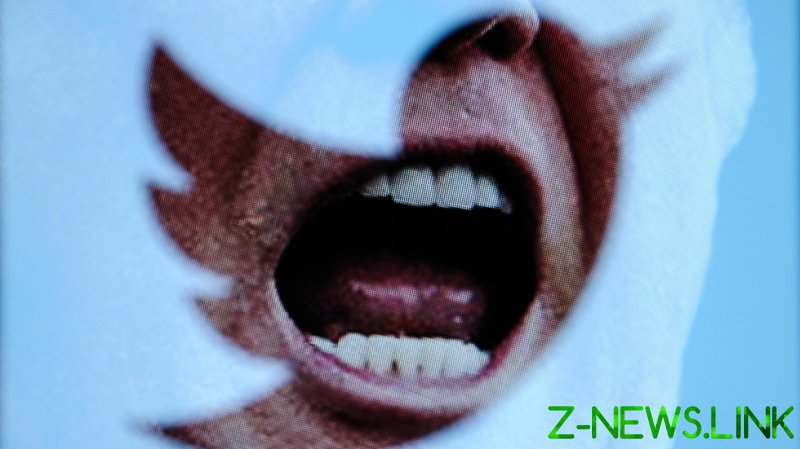 These days, there are no late-night knocks on the door signaling the deportation of some unfortunate ‘comrade’ to a penal colony on the outskirts of the empire for the crime of ‘wrongthink’.

The overlords of Silicon Valley have effectively streamlined brutal totalitarian techniques, concealing the iron fist of repression inside the velvet glove of algorithms, fact checkers and ever-changing ‘community standards’. But make no mistake, the result is the same: the disappearance of individuals who dare hold opinions at variance with those at the commanding heights of our technocracy.

Just ask former US President Donald Trump, who is currently waging a legal battle against Big Tech for banishing him from the modern town hall comprised of Facebook, Twitter, and Google-owned YouTube. But as the 45th president has emphasized, this legal challenge is not primarily about him – please stifle your belly laugh – but rather an effort to stop those companies from “aggressively blocking the free flow of information on which our democracy depends.” Perhaps there would be less suspicion if these companies behaved themselves as politically neutral animals, but that is anything but the case.

The claim that Silicon Valley is actively working on behalf of the Democratic Party has been the central argument of various congressional inquiries for years now. The scenario is familiar to all and proceeds as follows: about once a year, the CEOs of the big three tech monopolies – Jack Dorsey of Twitter, Mark Zuckerberg of Facebook and Sundar Pichai of Google – are paraded like peacocks before a show trial where they are given a dressing down by outraged members of the Republican Party. After pleading their innocence and love of free speech regardless of political membership, blah, blah, blah, they slither back to Silicon Valley where they continue in their duplicitous ways.

By way of a thought experiment, consider what the response would have been from the titans of Big Tech had the damaging contents of a laptop belonging to, say, Donald Trump Jr. been discovered by a computer repairman prior to the 2020 presidential election. It’s easily imaginable that every single media outlet would have jumped on the story like a pack of rabid wolves, enjoying the unbridled freedom in distributing that news from every available platform.

Now consider what happened when the New York Post, the fourth-largest publication in the US, broke the news – just one month before the presidential election – of potentially incriminating emails discovered on, yes, Hunter Biden’s laptop.

Big Tech, acting with remarkable synchronicity, clamped down on the Post like a vice, preventing it from disseminating the story. Twitter went one totalitarian step further, locking down the newspaper’s account altogether, preventing it from communicating with its readers until it agreed to delete the original tweet featuring the Biden story.

Briefly, the Post article demonstrated that Hunter Biden had introduced his father, then-Vice President Joe Biden, to a top executive at the Ukrainian energy firm Burisma less than a year before the elder Biden pressured Ukrainian officials into firing a prosecutor who was investigating the company. The Post also reported on Hunter Biden’s business dealings with communist China. The trove of emails suggest that now-President Joe Biden had been less than truthful when he told reporters he had “never spoken to my son about his overseas business dealings.”

What were the consequences of Big Tech stifling this sensational story? Nothing less than preventing the reelection of Donald Trump, it appears. A survey conducted by The Polling Company for the Media Research Center (MRC) showed that 45.1% of Biden voters said they were unaware of the laptop story.

“According to our poll, full awareness of the Hunter Biden scandal would have led 9.4% of Biden voters to abandon the Democratic candidate, flipping all six of the swing states he won to Trump, giving the President 311 electoral votes,” reported the MRC.

However, the excessive powers enjoyed by Big Tech have very real consequences for average people as well. Jennifer Horton, a school teacher from Michigan, has joined Trump’s lawsuit against social media giant Facebook, arguing that the platform suspended her account for 24 hours in April after she posted comments questioning the wisdom of mask use among children.

Fenton was not mindlessly peddling ‘fake news,’ but rather fears that have been endorsed by scientific research. Last month, the Journal of the American Medical Association published a peer-reviewed study that proved that long-term mask-wearing is hazardous to the health of children due to the “elevated carbon dioxide levels in inhaled air.”

And here is where the story takes a tragic turn. On April 17, Horton turned to the missing persons pages on Facebook after she found out that her brother had gone missing in Tennessee. On April 29, Horton’s account was frozen for a full day “due to her [mask] post,” her lawsuit says.

When her brother was found dead some two months later, “she was left devastated, wondering if she could have prevented his death had she been able to communicate with her network on Facebook. At one of the most difficult times of her life, when communication with her ‘network’ was the most important, defendants took her voice away from her due to her post regarding masks,” the lawsuit reads.

Most Democrats, however, too consumed by their visceral hatred of the former US president, cannot see the forest of Big Tech abuses for the trees of political expediency. There is no doubt that those Americans who espouse Democratic views will be rooting for Trump’s lawsuit to fall flat. That is unfortunate, and terribly short-sighted.

These people have no problem watching their political opponents on social media being exiled to an archipelago and literally disappeared – think Alex Jones – from that warm, cuddly place known as reality. And who knows? If the Republicans also enjoyed the protections that come with Big Tech power, they would probably be crowing in delight, too. The point is, however, Silicon Valley should never play favorites when it comes to US democracy. Too much is at stake.

Just as the Soviets from times past airbrushed those dispatched to the gulag out of the historical record, the Big Tech monstrosities of our modern times are able to disappear those voices they disagree with. There is absolutely nothing American about such actions, which fly in the face of the First Amendment.

The Democrats now entrenched in the White House should understand that one day the shifting winds of power may dramatically change course and they will find themselves on the receiving end of brutal, totalitarian-style censorship and erasure as well. Better pray for Trump’s victory today than risk being memory-holed by Big Tech tyrants tomorrow.