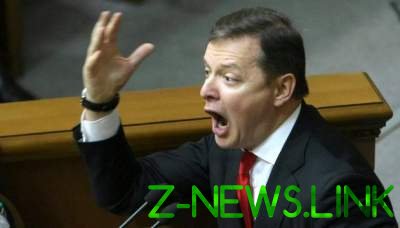 The management said that they will check the winning MP in the national lottery.

The NEB verifies the circumstances of the Declaration of the Chairman of fraction “Radical party” Oleg Lyashko 571 thousand hryvnias of a prize in the Ukrainian national lottery. This was announced by Director of the NABU Sytnyk.

Earlier it was reported that the leader of the Radical party, MP Oleg Lyashko declared a prize in the Ukrainian national lottery the total amount 571,045 hryvnia.

In the representation of the Ukrainian national lottery declined to comment on the win Lyashko or other players, saying that it was confidential information.

October 25, the National Agency on corruption prevention said that in the near future will check the Declaration of the leader of the Radical party and people’s Deputy Oleg Lyashko.