Home / WORLD / Lose your passion for life at 54? Nonsense! I’m 56 and not ready for the knacker’s yard yet 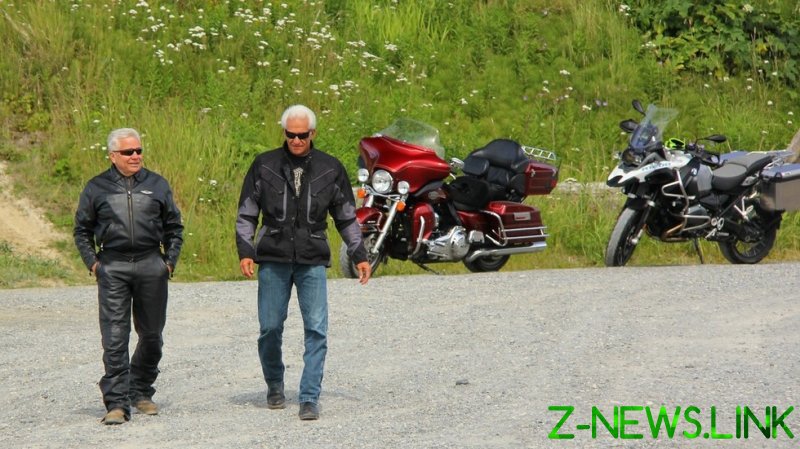 However, that doesn’t stop psychologists from announcing new discoveries which are so riddled with conjecture and conflict that their conclusions are never really definitive.

So the latest study that declares the age of 54 is the starting point for a decline in your mojo should be taken with a pinch of salt, and is another reason psychologists are so often labelled with that one damining word: quack!

Because there is always an age when something will go wrong. That’s why guarantees and warranties on all that crap in your house have fixed terms for when the manufacturer will accept blame for malfunction or breakdown.

Look at Sir Captain Tom Moore, the sprightly centenarian. Tell me he’s lost his get up and go. Faced with the pandemic lockdown, he raised more than £39million for Britain’s National Health Service by doing endless laps of his garden in his walking frame. Laps of his freakin’ garden!

What about Sir David Attenborough? He’s 94 but, like a great wine, gets even better with age. When those numbnuts from Extinction Rebellion turned up at his house wanting to berate him over climate change, his daughter told them to leave as she and her father were shielding from Covid-19.

I would have much preferred it if she had unleashed the old boy on to this scruffy bunch of fools, and uploaded the video to Facebook of the rampant knight tearing into them accompanied by a gently-spoken narrator explaining, “Here we have a grand display of nonagenarian mojo in all its primal glory.”

And as far as top-level 94-year-olds go, Sir David is in good company. The Queen is the same age and remains the longest-ruling monarch of all time.

The reason we are suddenly exploring the idea that the age of 54 is the beginning of the end is all down to a Norwegian psychology professor, Hermundur Sigmundsson and his recent study on ‘Passion, grit and mindset in the ages 14 to 77.’

If you’re 53 years old, it does not make for happy reading. Even for the younger crowd, the charts, the graphs, the references and the language make for tough going.

It’s the sequel to some of his earlier works, ‘Passion, grit and mindset in football players’ and the intriguingly titled ‘Self-Efficacy, Flow, Affect, Worry and Performance in Elite World Cup Ski Jumping.’

Prof. Sigmundsson’s survey of 914 people aged 14 to 77 suggests that the desire to try new things begins to fade at the age of 53. While he frames this in terms of the relationship between passion, grit and mindset – the sort of terms we hear in post-match football interviews – to put it more simply, he’s trying to work out when we run out of oomph. Intriguingly, Prof. Sigmundsson is 56…

This sort of research is most definitely the good professor’s game and he is published regularly across the field of psychology, often in the trade magazine of his profession, New Ideas in Psychology. No doubt the publication of this seemingly boundless output helps with his tenure at the Norwegian University of Science and Technology (surely a missed opportunity to call it more appropriately the Norwegian University of Technology and Science, or NUTS).

Time and again in Prof. Sigmundsson’s work, he finds that a strong correlation between passion and grit is what drives people to succeed – whether at football, skiing or a career – and that a positive mindset enables them to believe that they will excel at things they are passionate about.

So why do these three things decline in our early fifties? It could be that most of us have reached a point where we want to be in life and are satisfied with that. Sure, we could all do with losing a bit of weight, enjoy a few more hours of sleep each night and maybe have just a bit more time to sit quietly and read. But that doesn’t mean we’ve given up on life, it means that we have come to terms with our place in this world and you know what? We’re okay with that.

If we’re inclined to do so, there’s still plenty of time for paragliding over the Andes, learning Mandarin or trying out kombucha recipes, but we’re in no hurry. We’d rather take time to enjoy what we have, smell the coffee, feel the rain on our faces and refuse some of those irritating demands on our time and attention when we just don’t feel like obliging.

We use our age as an excuse. Walk up that bloody great hill? Ooh, I don’t think my legs will do that. Help lift those heavy bags of compost from the car? Hmm, dunno, my back…you know. Missed a relative’s umpteenth birthday? Sorry, my memory’s not what it used to be.

Body mechanics aside, there’s generally nothing wrong with us post-53-year-olds that an uninterrupted night’s sleep and a long, shared lunch accompanied by a nice glass of red wine and followed by an easy stroll cannot fix. Add a dash of passion to that mix and it’s definitely job done.

Mock us if you want. Call us names if it makes you feel better, younger, stronger and fitter. We in the post-54 crowd are quite happy where we are and there is nothing lacking in our passion, grit, mindset, mojo or oomph to concern you. Don’t worry. We’re all fine, Prof. Sigmundsson, thanks very much for asking.

Now, where did I put my glasses?