Home / WORLD / Los Angeles sheriff refuses to enforce vaccine mandate, says ‘politicized’ order would cause him to lose up to 10% of workforce

Los Angeles sheriff refuses to enforce vaccine mandate, says ‘politicized’ order would cause him to lose up to 10% of workforce 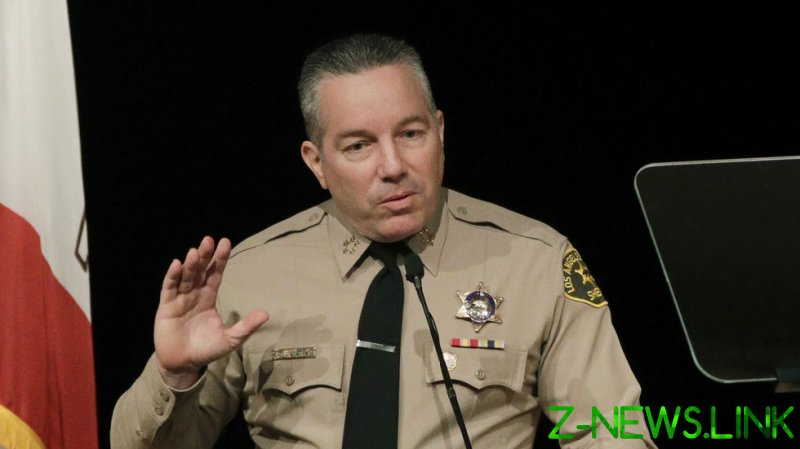 “I’m not forcing anyone,” Villanueva said on Thursday. “The issue has become so politicized. There are entire groups of employees that are willing to be fired and laid off, rather than get vaccinated.” He added that he would lose 5-10% of his staff “overnight” if he enforced the mandate as enacted by the Los Angeles City Council on Wednesday.

The sheriff noted that the county’s slashing of his department’s budget would make a loss of staff over forced jabs all the more crippling. The budget was cut by $145.5 million in June 2020 amid the defund-the-police movement. At the time Villanueva said that his department was already underfunded, and that he would have to fire 345 employees due to the lack of funds.

Murders in Los Angeles County have surged, with the city reporting a 31% increase in homicides in the first six month of the year from the same period last year.

“This is like the worst of two worlds right here, so we have to pick and choose,” Villanueva said of the mandate.

The mandate passed by the City Council, one of the strictest in the nation, requires people entering such venues as bars, restaurants, gyms and sporting events to show proof of vaccination or a negative Covid-19 test. It will go into effect on November 4.

Los Angeles also has ordered that city employees get vaccinated. About 24% of the Los Angeles Police Department’s 12,000 employees last month sought religious or medical exemptions to the jab requirement.

Villanueva is no stranger to pushing back against Covid-19 mandates. He said in July that he wouldn’t enforce the county’s mask mandate, which made no exception for vaccinated residents, arguing that it wasn’t “backed by science.”

The sheriff in neighboring Riverside County, Chad Bianco, said last month that he won’t enforce any vaccine mandates on his employees. He reportedly called himself “the last line of defense from tyrannical government overreach.”