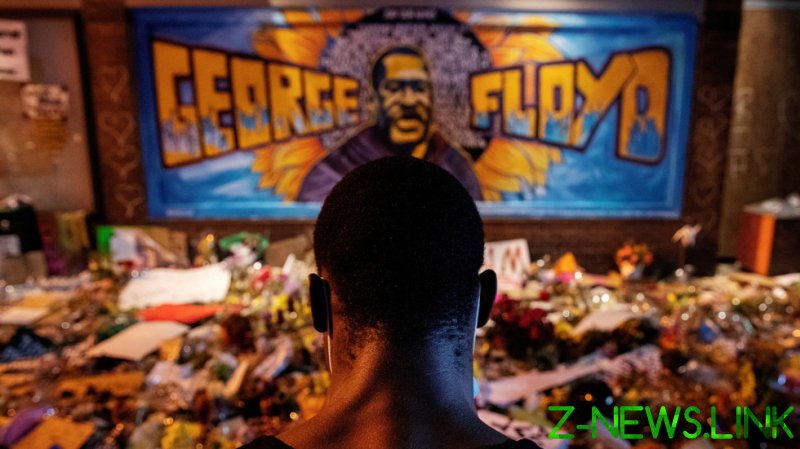 “This is beyond insult on top of injury – it’s injury on top of death,” attorney Benjamin Crump said in a statement on Monday, demanding an apology and that anyone who is involved with the meme be held accountable. “The type of callousness and cruelty within a person’s soul needed to do something like this evades comprehension – and is indicative of a much larger problem within the culture of the LAPD.”

The statement follows reports over the weekend that someone in the LA police may have passed around a mock Valentine’s Day message featuring an image of Floyd’s face and the questionable caption.

In a series of tweets on Saturday, the LAPD confirmed that someone had complained about the image, as well as that there was a report it had been created by an employee.

“At this point the Department has not identified any actual postings in the workplace or identified that it was in fact our department employee who created the image,” but they have “directed commands to survey the worksites” for any traces of it, the LAPD added, noting that they will have “will have zero tolerance for this type of behavior.”

Police in Minneapolis, Minnesota tried to arrest Floyd at the end of May 2020, following a report that he tried to use a counterfeit banknote at a grocery store. As several officers sought to subdue him, one of them by kneeling on his neck, Floyd complained that he could not breathe.

All four officers were fired the very next day and criminally charged over his death. By that point, however, Black Lives Matter protests had become violent and within weeks spread throughout the US and even overseas.

Crump has represented families of men shot by police in a number of prominent Black Lives Matter cases, starting with Trayvon Martin in 2013 and continuing with Michael Brown and Tamir Rice in 2014, Terence Crutcher in 2016, as well as Floyd and Jacob Blake in 2020.