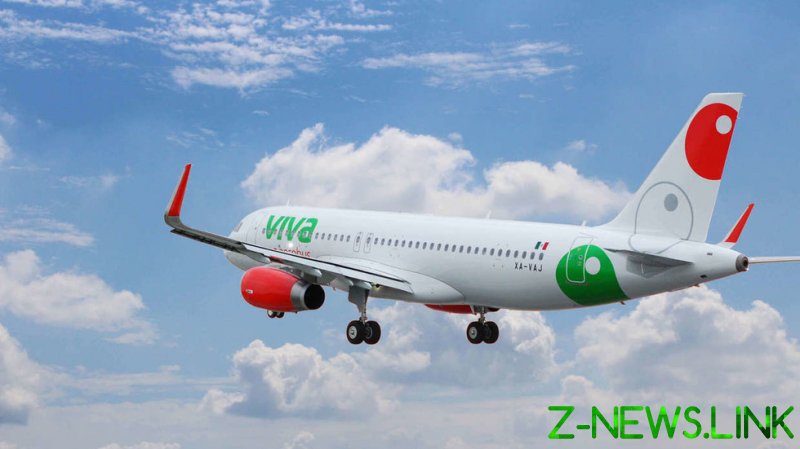 An engine fire forced a Viva Aerobus flight bound for Los Angeles from Guadalajara, Mexico, to turn back and make an emergency landing.

Passengers reportedly heard a loud boom a few minutes after takeoff around 10pm on Tuesday, then saw sparks and flames pouring from the right engine on the Airbus A320 jet. The terrified travelers alerted the crew to the fire, and the pilots promptly turned around and landed safely back in Guadalajara.

Video footage of the incident shows bright sparks shooting out of the engine in the night sky as the plane flies low over what appears to be a heavily populated area. None of the crew members or 186 passengers were injured. The engine fire reportedly caused panic on board, with passengers crying, screaming, and praying.

Viva Aerobus, a low-cost carrier that bills itself as “the greenest airline in Mexico,” was using an Airbus A320 for Tuesday’s flight, according to data from Flightware.com. The plane landed back at the Miguel Hidalgo y Costilla International Airport in Guadalajara about one hour after taking off. The full flight to Los Angeles International Airport typically takes about two hours and 40 minutes.

The airline offered an extra flight to Los Angeles on Wednesday morning, possibly to accommodate the passengers who didn’t make it to their destination on Tuesday night.