Looting in Kazakhstan amid protests over fuel prices (VIDEOS) 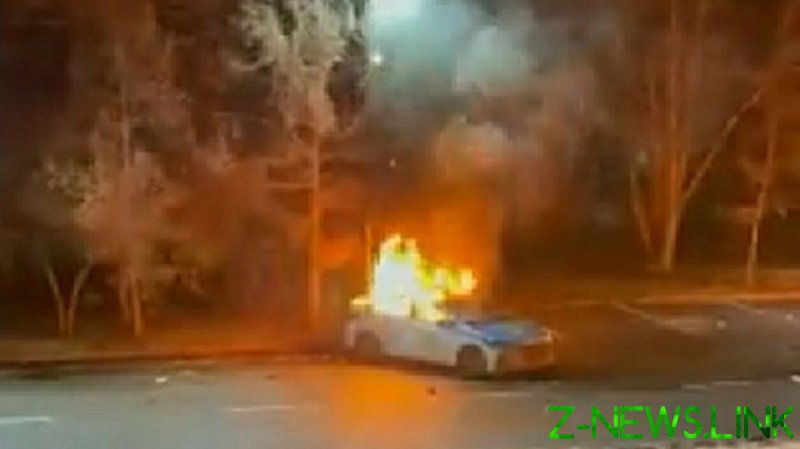 Shocking footage from ongoing protests across Kazakhstan suggests that riots that began over a spike in liquefied petroleum gas prices won’t end any time soon. The government has sought help from its neighbors as chaos reigns.

Protests erupted in major cities across Kazakhstan after the price of Liquid Petroleum Gas (LPG) soared due to the expiration of price controls. They spread into looting and rioting with attacks on government buildings and the country’s main airport. A nationwide state of emergency was declared on Wednesday.

Almaty International Airport was raided, forcing the rerouting and cancelation of multiple flights bound for Kazakhstan, and rioters even allegedly seized five aircraft, according to President Kassym-Jomart Tokayev. He provided no evidence for that claim.

Video of the facility after it was retaken shows some of the destruction, with shops looted and broken glass littering the ground.

One clip was purported to show a group driving a bulldozer through the front of a bank.

Police officers and military servicemen have apparently been attacked in the street, with some having their weapons stolen, while authorities have tried to subdue rioters with tear gas grenades and water cannons. The city of Almaty endured some of the worst of the violence, with the old presidential residence and administration building set on fire.

While President Tokayev has since agreed to some of the protesters’ demands – pledging to reinstate fuel-price limits for another six months – the rioting has continued, leading Tokayev to vow a response “as tough as possible.” The state of emergency dramatically expanded the government’s police powers and allows for steeper punishments to those caught breaking the law.

Meanwhile, Tokayev has also asked the Collective Security Treaty Organization (CSTO), a bloc of neighboring countries led by Russia, to help fight back against the violent unrest that shows no signs of abating. The president cited highly-organized “terrorists” who appeared to have been trained abroad, though offered no proof to support the charge.