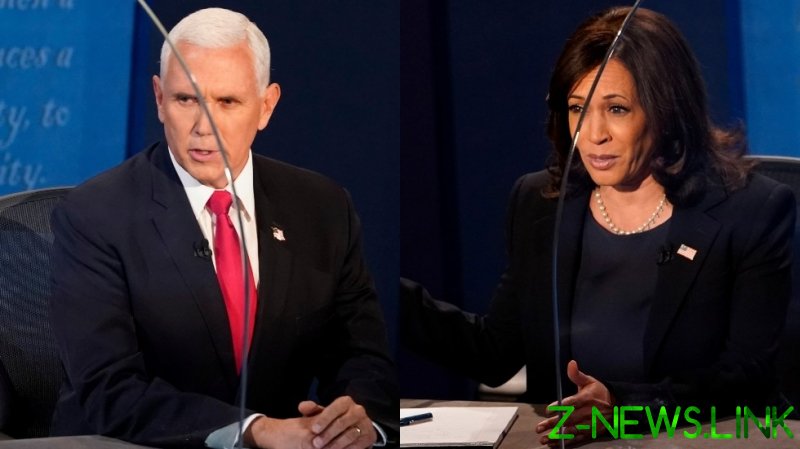 After Harris slammed the Trump administration’s “failure” to deal with the Covid-19 pandemic – while not specifying the details of what she and Biden would mandate. She then accused the Donald Trump administration of still having “no plan” of having the coronavirus.

Pence responded by slamming the Democratic Party’s presidential nominee with a line that won praises from supporters on social media.

“The reality is when you look at the Biden plan, it reads an awful like what President Trump and I and our task force have been doing every step of the way,” Pence said, “and, quite frankly, when I look at their plan…it looks a little bit like plagiarism, which is something Joe Biden knows a little bit about.”

Pence praised Trump for cutting travel from China and claimed tens of millions of doses of a vaccine would be ready before the end of the year.

Harris quickly rolled her eyes at the comment and moderator Susan Page interrupted Pence and moved to the vice presidential nominee.

Harris doubled down on her criticism of the Trump administration’s response, saying it hasn’t worked due to the death toll number, but she offered no specifics on how her response would be different.

Biden has faced renewed criticism over admitting committing plagiarism during his first year of law school and exaggerating his academic record before dropping out of the 1988 presidential race. The former vice president has been accused of plagiarism since then, as well.

“Hahahahaha! The plagiarism jab wiped Kamala’s smirk off her face for a second. Now all she can do is repeat herself,” conservative author Michelle Malkin tweeted.