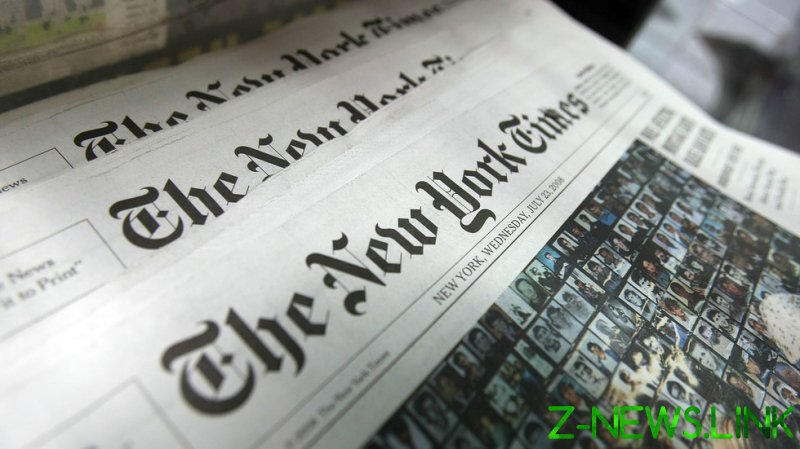 “Misinformation about the violence between Israelis and Palestinians has run rampant on social media,” the newspaper declared on Twitter, pointing to an article by reporter Sheera Frenkel which highlighted some examples.

The Times also warned that the “effect of the lies could prove deadly,” citing Israel-based political analyst Arieh Kovler as an “independent” expert on the matter.

Social media users, however, were quick to point out that the newspaper has its own record of misinformation, as well as biased content on the Israeli-Palestinian conflict.

“The @nytimes are experts at misinformation, so they know what they’re talking about here,” commented one user, while another questioned, “Has the NYT looked in the mirror?”

Others accused the New York Times of bias in its Israel-Palestine coverage, and highlighted the newspaper’s history of misinformation, which includes denying dangerous radioactivity at the Hiroshima atomic bomb site in 1945, publishing a podcast on Islamic State (IS, formerly ISIS) which was later retracted for containing falsehoods, promoting the debunked false narrative that Iraq had weapons of mass destruction, and “grossly underplaying” the Holocaust.