Home / WORLD / Look at my morally righteous shot in the arm! This trend of celebrities posting vaccine selfies is silly and infantile

Look at my morally righteous shot in the arm! This trend of celebrities posting vaccine selfies is silly and infantile 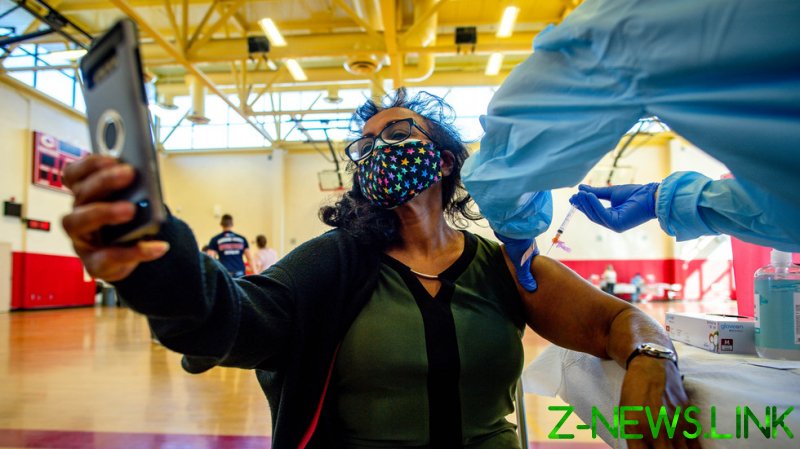 Colon cancer is a very serious health worry for many Americans. Exactly how many people are asking for colonoscopy selfies? What about chemotherapy selfies? Tetanus shot selfies? Nobody is asking for these things, because that would be stupid. So why exactly am I seeing a section of programming on CNN devoted to how bad it is that Fox News anchors are not taking vaccination selfies? What does this have to do with anything?

I’m more than happy to admit that we live in one of the most self-centered times in human existence, and the selfie is definitely a great example of that. This might seem like an old man moment (even though I’m only 35), but I don’t even understand why the need is there to take them and share them with everyone, unless it’s relevant to something that you’re doing. I guess some people feel the need to remind the world that their face is still attached.

Yet, if you go to CNN you will be exposed to Brian Stelter and Matt Gertz of ‘Media Matters’ whining about Fox News personalities not feeling the need to be as self-indulgent as their CNN staffers. It does go beyond partisanship, though, because it seems like the entire mainstream media is trying to convince people that these are a great thing, or informing you of the proper etiquette for them. Unless you read an outlier and are reminded of your privilege that you didn’t realize you had. Personally, though, I think both of the above are trying to sell me the Brooklyn Bridge.

To be frank, vaccine selfies are not important. A vaccine sells itself. Just because some former Playboy playmates and TV ‘reality’ stars foolishly think that vaccines cause autism doesn’t mean that the rest of the United States feels the same way. The argument as presented by Stelter and Gertz doesn’t hold much water. I don’t need Greg Gutfeld or Sean Hannity to tell me that getting sick from Covid is a bad thing. So let’s look at this segment for what it really is: Just another bad partisan dig at a rival network.

This sort of TV reeks of desperation. There are plenty of valid criticisms that one could have against Fox News. This particular one is infantile nonsense, like getting angry that a kid in school isn’t wearing the super-expensive jeans that everyone else wastes their money on. The simple fact that someone like Stelter, a man who has a show on one of the biggest news networks in the world, is wasting his time with this makes me wonder if CNN should be considering some budget cuts.

If you’re going to actually criticize someone, try to make sure that it’s valid. Acting as if someone needs to be as self-centered and narcissistic as you are is never a good argument. Not to mention, everyone at CNN is going to lose that contest to that unctuous, self-promoting parody called Jim Acosta anyway.