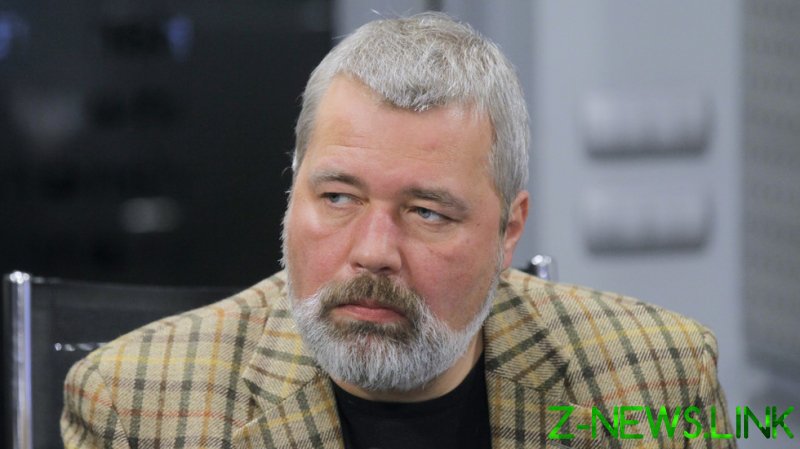 The decision, announced by committee chair Berit Reiss-Andersen on Friday, was accredited due to Muratov and Ressa’s commitment to free speech, which was described as “a precondition for democracy and lasting peace.”

According to the official Twitter account of the Nobel Prize committee, Muratov has “defended freedom of speech in Russia under increasingly challenging conditions” for decades, and has continued to champion an “independent policy” for his Novaya Gazeta outlet, despite “killings and threats.”

“Novaya Gazeta’s fact-based journalism and professional integrity have made it an important source of information on censurable aspects of Russian society rarely mentioned by other media,” the statement said.

Novaya Gazeta was founded in 1993 by a breakaway group of journalists from the popular Komsomolskaya Pravda tabloid. It was initially partially funded by Mikhail Gorbachev, who used winnings from his 1990 Nobel Peace Prize to help establish the outlet. It has also been helped financially by RT contributor Alexander Lebedev, who today is still a significant shareholder.

Muratov served as editor-in-chief from 1993 until 2017. However, two years after stepping down, he resumed his position when the paper’s staff voted for his return.

Over the years, the newspaper has seen many of its journalists murdered, including Igor Domnikov and Viktor Popkov. However, most famously, human rights activist and reporter Anna Politkovskaya was murdered on 7 October 2006, almost 15 years ago to the day. While five men were jailed for the murder, it is still unclear who ordered the killing.

The Nobel Peace Prize isn’t Muratov’s first award or honor. In 2007, he received an International Press Freedom Award from the Committee to Protect Journalists and in 2010 was given the French Legion of Honor.

The decision to give Muratov the prize is sure to be controversial within Russian liberal opposition circles, many of whom hoped the jailed Alexey Navalny would receive it. Earlier this year, Muratov criticized Navalny’s ‘Smart Voting’ campaign.

Shortly after the award announcement, close Navalny ally Leonid Volkov posted a quote from a recent argument with Muratov, likely to show his disagreement with the Nobel Committee’s decision.