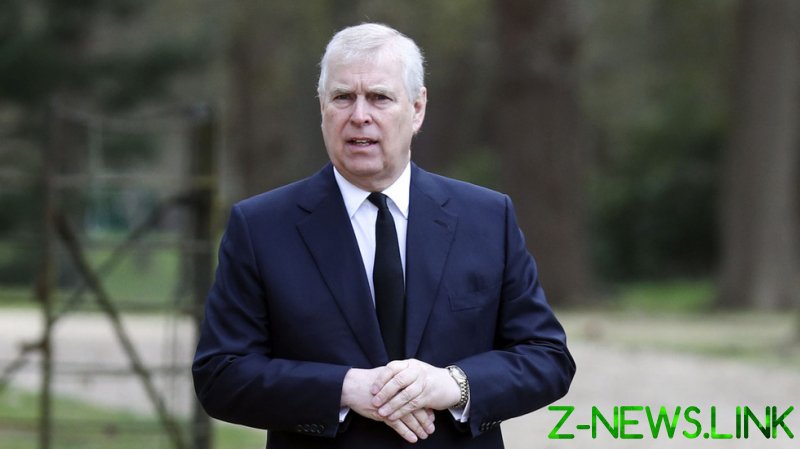 London’s High Court took the paperwork issue in hand on Wednesday, saying it would “take [the] steps” necessary to ensure Prince Andrew receives them.

The Queen’s second son is accused by American woman Virginia Giuffre of an alleged sexual assault two decades ago. The plaintiff, who is among the victims of late financier and convicted sex offender Jeffrey Epstein, claims she was sexually abused by the British royal on multiple occasions while she was under the age of 18.

“The lawyers acting for Ms Giuffre have now provided further information to the High Court, and the High Court has accepted the request for service under the Hague Service Convention,” the London court’s spokesperson said in a statement.

“The legal process has not yet been served but the High Court will now take steps to serve under the Convention unless service is arranged by agreement between the parties.”

The court move was hailed by Giuffre’s legal team, which had tried to serve the papers to the prince last week by leaving the documents with an on-duty police officer posted at the Duke’s home in southern England.

“The ruling by the High Court signals its agreement that the requirements for service have been satisfied,” Giuffre’s lawyer, Sigrid McCawley, said in a statement. “Importantly, by directing service, the High Court is putting its own independent, undisputable legal muscle to work in serving Prince Andrew.”

The duke has consistently denied ever having any sexual relationship with Giuffre. Moreover, he flatly rejected even knowing her, telling the BBC back in 2019 that he had “no recollection” of ever meeting her. Despite his remarks, one photograph from 2001 shows him posing with his arm around Giuffre’s waist.