London to ‘look at’ easing some Covid-19 restrictions in mid-February, Boris Johnson says 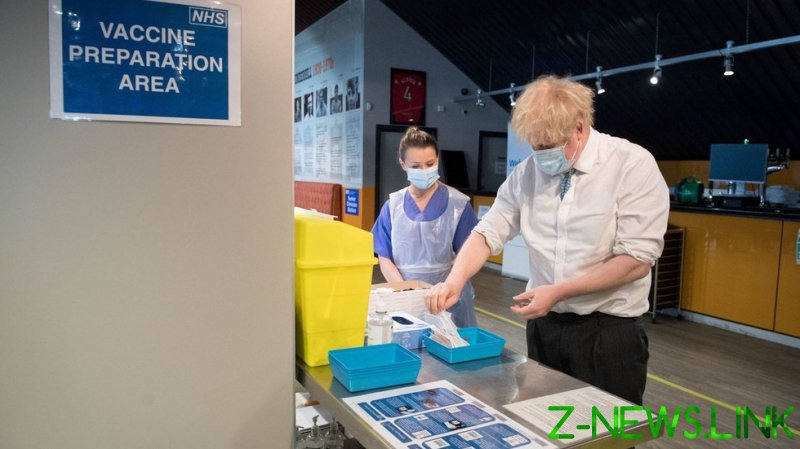 The prime minister spoke to reporters on Monday as he visited a coronavirus vaccination site in north London. Johnson signalled that the relaxation of restrictions might only be considered after February 15, when – and if – the country meets its deadline set to vaccinate 15 million people from high-priority and vulnerable groups.

“We’re going to be looking at where we’ve got to on the 15th of February,” Johnson stated. “Where, as you know, we hope to have vaccinated 15 million people across the whole of the UK… We’re looking at the data and trying to work out when we’ll be able to lift restrictions.”

Reopening schools will be given a “priority,” Johnson said, adding that the restrictions should not be “lifted so quickly” while the new infections rate remains “still very high.” The PM did not give any timeframe when the actual easing of the restrictive measures might happen.

Johnson’s vague remarks have created confusion among British media, with multiple outlets suggesting the partial lifting of the restrictions would actually come by mid-February rather than being merely “looked at.”

The UK remains the worst coronavirus-hit nation in Europe, with its tally surpassing 3.6 million confirmed cases. Britain also has a massive death toll, which is likely to smash past the 100,000 mark within a few days.