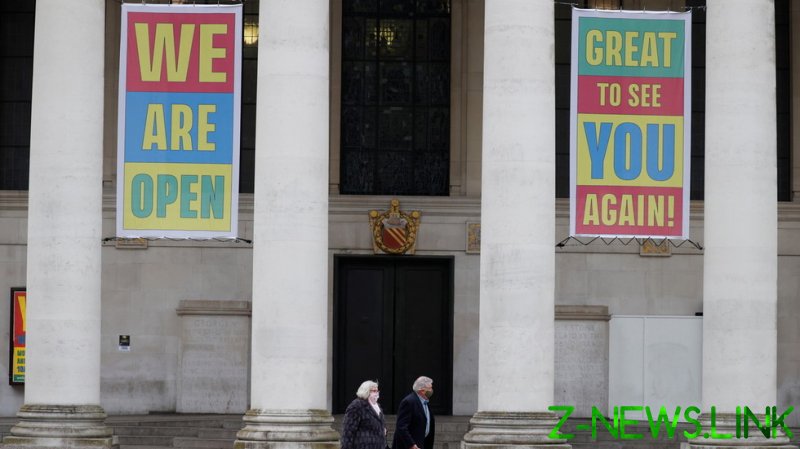 UK Housing Secretary Robert Jenrick has said that if the deal between the British government and the local leaders in Greater Manchester, including Mayor Andy Burnham, isn’t inked by 12 p.m. Tuesday, then it would be up to Prime Minister Boris Johnson to decide whether to impose a tier-three lockdown on the area.

“I’ve written this evening to the mayor of Greater Manchester and to local leaders in the city region to say that, if we’re not able to reach an agreement by noon tomorrow, then – with deep regret – I’ll have to advise the prime minister that we’re not able to reach an agreement at this time,” Jenrick said on Monday evening, after the negotiations with local leaders hit another snag.

Asked whether Johnson would enforce the lockdown single-handedly if the last-minute effort to flesh out an agreement falls through, Jenrick said that it will be “a matter for the prime minister to decide.”

While London continues to insist that the financial assistance it offered to the virus-stricken area of Greater Manchester is “proportionate” to the support earmarked to other regions, such as Lancashire and the Liverpool City Region, local leaders accuse the British government of backtracking on their promise of more relief.

In a joint statement with the head of the Manchester City Council, Richard Leese, the mayor said that the city administration “had been encouraged by earlier discussions,” which proposed setting up a “Hardship Fund” on top of furlough payments and unemployment aid.

“It was both surprising and disappointing when this idea was taken off the table by the Secretary of State,” they said.

In addition to the claims that the Johnson cabinet walked out on its earlier promise, Burnham and Leese accused the government of trying to put a spin on hospital data in order to stoke fears about the severity of the outbreak.

“We are disappointed that the Government has today sought to raise public concern about the NHS in Greater Manchester with selective statistics,” the leaders said. They argued that the area’s ICU occupancy rate was “not abnormal for this time of the year” and was “comparable to the occupancy rate in October 2019.”

Since Johnson introduced his three-tier Covid alert system on October 12, local leaders in Manchester have vehemently opposed the imposition of a stage-three lockdown – which signifies a “very high alert” – on the northern city, describing the plan as “flawed” and “unfair.”