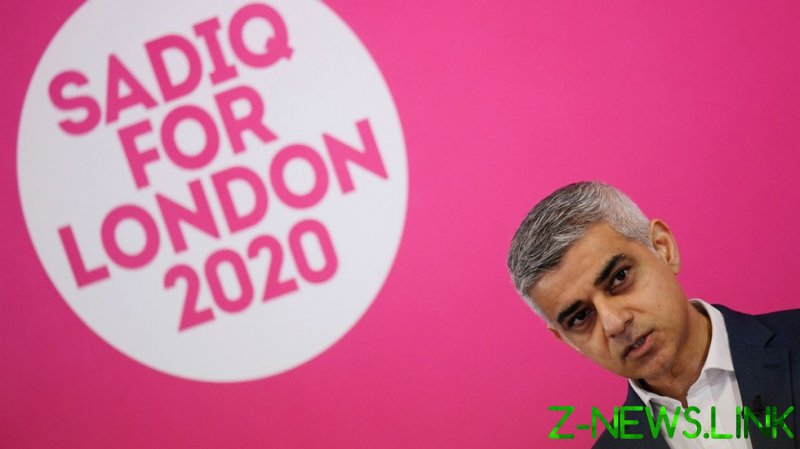 “Our New Year’s Eve show just sent a loud, proud message to the world: London stands together against racism – tonight and always,” Khan said in a Twitter message with a video clip showing an image of a raised fist above the Millennium Dome. The symbol has historically been a universal gesture of working class solidarity, but most recently has been appropriated by the Black Lives Matter movement.

Lest anyone miss the point, a BBC broadcast of the show included narration. “The future holds unexposed danger, but no stress,” a male voice says. “Humankind is no stranger to progress, and as we’ve proven, when we collaborate, progress follows fast.” The fist then lights up across the sky, and a female voice says, “This is one voice with one message: black lives matter.” It then separates into multiple fists that spread apart. A song by rapper Stormzy, who said in 2019 that Britain is 100 percent racist, plays in the background.

Khan reportedly spent as much as 1.5 million pounds ($2 million) of taxpayer money to fund the show, curating the event along with the BBC and other partners while holding “final sign-off” power for all content. It was produced in secret to avoid attracting crowds amid the Covid-19 pandemic. Khan had said in September that London’s traditional New Year’s fireworks show wouldn’t be held because of the pandemic.

In addition to the BLM salute, the show featured a giant heart around a National Health Service (NHS) logo, a turtle with an African map on its shell and a climate-change lecture by David Attenborough. Khan said his messaging included honouring the NHS, proclaiming London’s stand against racism, declaring that EU citizens will always be welcome in the city and asserting that “a greener, fairer future is within our reach.”

But if bringing people together was part of the goal, many observers said Khan had the opposite effect. “All lives – black and white – matter,” former UKIP Party Leader Henry Bolton tweeted. “Stop politicising New Year’s Eve, Mr. Khan. It’s for everyone.”

Other Twitter users agreed. “Even making fireworks political now spoiled it for me,” one commenter said. Another proclaimed, “It was a disgrace, the whole thing. Government propaganda to fireworks, lights and music. Wish we hadn’t watched it, like many others I know.”

Baghdad Post Chairman Suffian Samarrai urged Khan to stop promoting Black Lives Matter, which he called a “racist slogan.”“We are all humans, and all lives matter,” he added.

Others slammed Khan for using the event to virtue signal rather than allowing the whole country to welcome in the new year together. “How dare you or anyone continually fill our lives with messages you want to get across, and using the New Year’s Eve display is nothing more than vile,” one commenter said. Another agreed, saying, “How dare you politicise New Year’s celebrations. This is utterly despicable.”