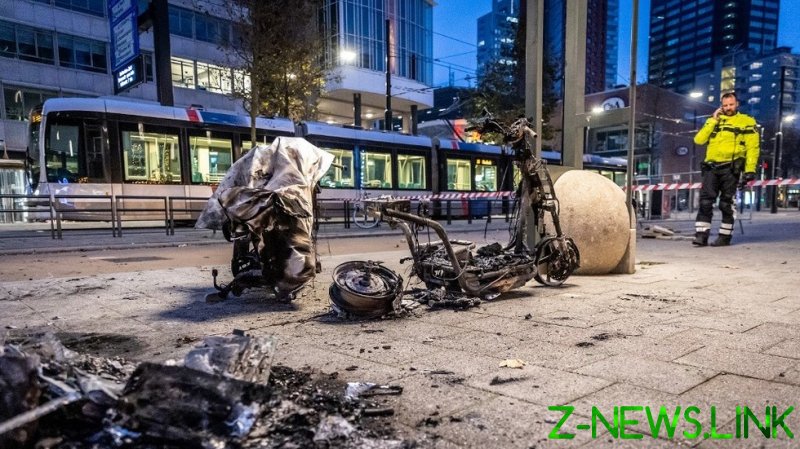 The protest soon got out of hand, and police said on Saturday that 57 people were arrested. Protesters were seen torching police vehicles and launching fireworks at police, who shot at them in response.

Aboutaleb said that the cops had been “forced” to use their weapons. “On a number of occasions the police felt it necessary to draw their weapons to defend themselves,” he told reporters. “They shot at protesters, people were injured.”

Police say at least seven people were injured. Two of these injuries were caused by police bullets, and the victims are still in hospital. One officer was hospitalized, while several others were treated at the scene for minor injuries.